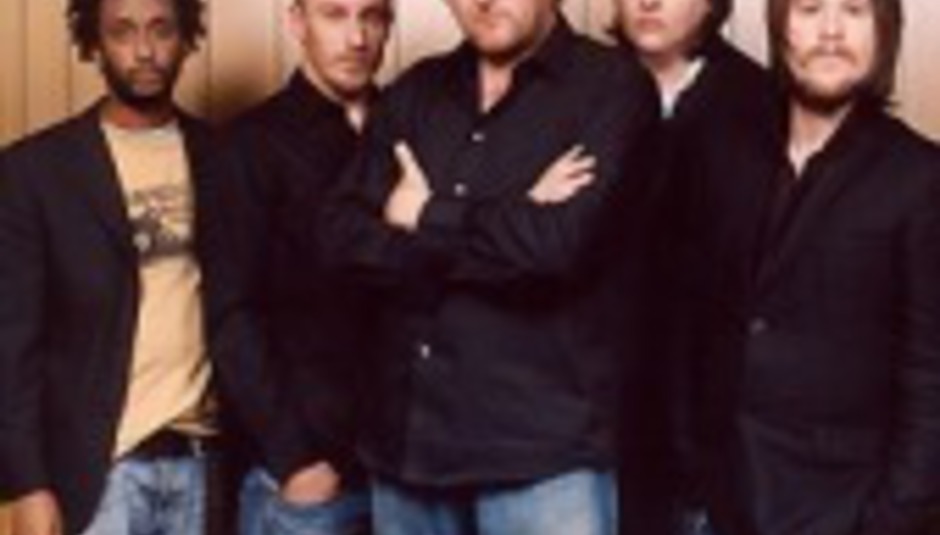 Both Elbow and Maximo Park have revealed details of their upcoming new records. Can you call downloads 'records' and get away with it?

The Manchester outfit, pictured, have spoken to BBC 6Music about their follow-up to Leaders Of The Free World. Songer Guy Garvey told the station:

"On Leaders Of The Free World you heard the big room all over it. You won't hear that this time. It takes you into different atmospheres for each song.

"On the cover there will be a picture of (drummer Richard) Jupp, with a fedora hat on, but you can only see one eye. He's teasing the brim down over the other eye with a coquettish look on his face."

As yet the album's title is unconfirmed, but Garvey mentioned both Ustinov - like the dead actor - and Teasing The Brim. We're not entirely sure that he's serious all the time, you know.

In other band news, Maximo Park have revealed the tracklisting for their second LP, Our Earthly Pleasures, due for release in April.

The songs, they are called these names:

'Our Velocity' will be released as a single on March 19, and tour dates are expected to be announced very soon.