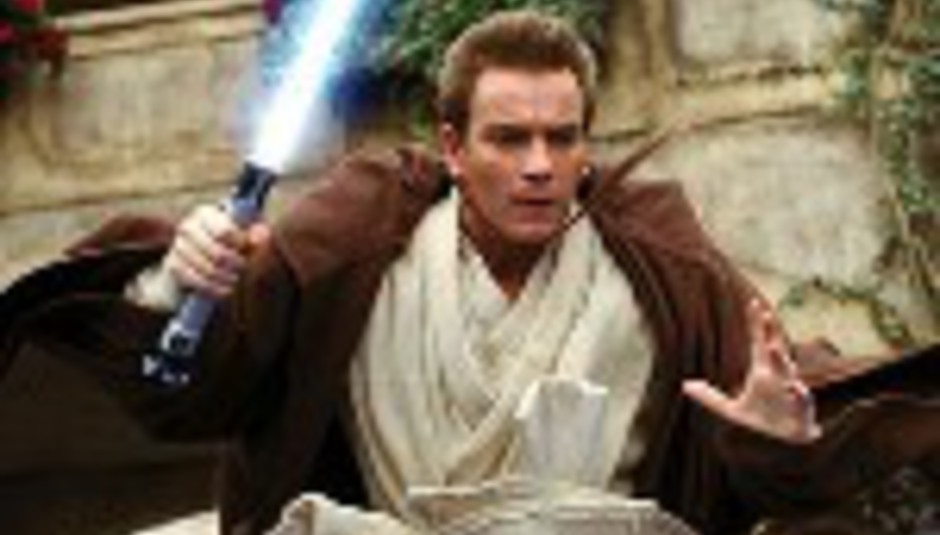 Renowned Jedi Ewan McGregor – he used to get his wang out all the bloody time, putting me right off my popcorn – is apparently a frontrunner to play dead grunge man Kurt Cobain in the previously reported (here) film about the dead grunge man’s short life.

Courtney Love – she got married to Kurt on a beach, true story! – has already revealed a few details about the biopic, but now a rumour is doing the rounds to the tune of that first paragraph, up there. No, it’s not a rumour that Kurt Cobain’s a dead grunge man – that, friends, is a fact. I read about it in Melody Maker once.

Says an insider at The Daily Express: "A number of actors have been talked about the role but Ewan has emerged as the number one choice."

The film’s to be based on the book Heavier Than Heaven, by Charles R Cross. I have it! On my bookshelf! Above it are some cassette tapes, including the first Kylie Minogue album.

That’s my girlfriend’s. I don’t know where she was when Kurt Cobain ate the barrel of a gun on April 5, 1994. I went to see Dumb And Dumber a few days after. True story.