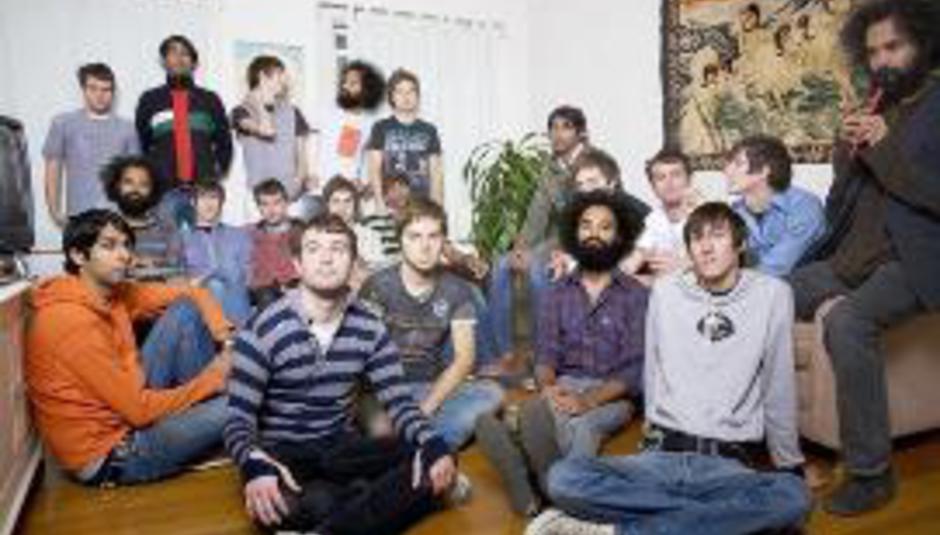 They're almost here, those Blood Brothers boys. Perhaps you already know that their UK tour, which kicks off in Aberdeen on January 16, is in association with DiS. You didn't? Now you do! Hurray!

The Seattle five-piece - who release a single, 'Set Fire To The Face On Fire', on January 15 - play the following places from the 16th onwards...

Check with each venue regarding availability. Support at most dates comes from Help She Can't Swim; in London, DiS DJs will keep the masses entertained before and between bands. Why not come over and say hi. Or, better still, come over and say thanks for running this competition, and buy us some drinks!

What competition? This competition: we've a pair of tickets for each date - the London Barfly show aside - to give away, and all you have to do to be entered into the hat is answer this question:

Blood Brothers' new album is called Young Machetes, but David Bowie once wrote a song for Mott The Hoople about all the young what...?
A) Dudes?
B) Dwarves?
C) Chartered Accountants?

Young Machetes is out now through Wichita; it received the DiS seal of approval here.