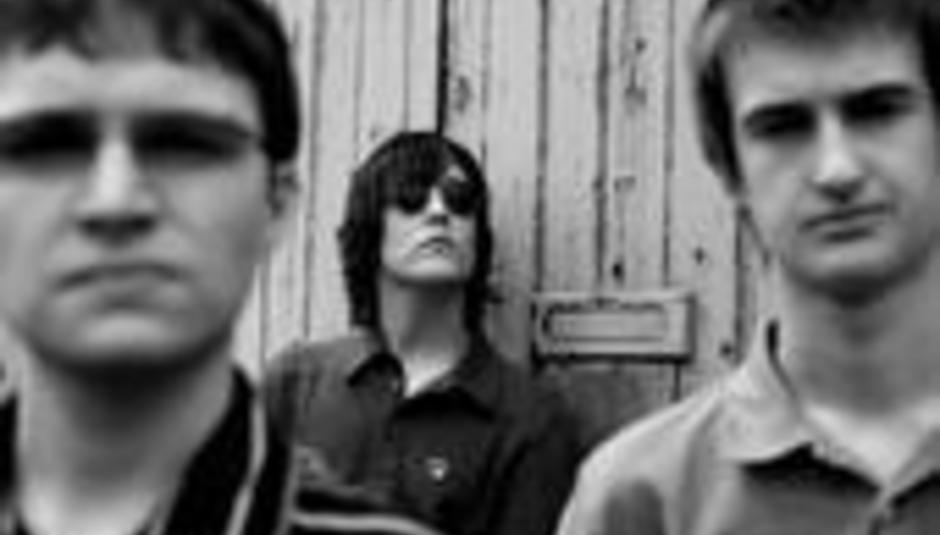 Now that the presents have been opened and eaten, the turkey's gone mouldy and the alcohol stream has finally run dry, it's onwards and upwards into 2007 we go, and with it Nottingham's DiS night is proud to announce three shows in the opening weeks of the New Year.

First up, at Junktion 7 on Saturday 13th January we have:-

OX.EAGLE.LION.MAN - Fresh from the ashes of Les Incompetents comes this 8 legged multi-faceted phoenix of dance crazed, ska-laden punk pop. OK, so we said that we wouldn't use that first bit but in our hungover state it was hard to resist.

Then we have East Midlands trio CENSORED (pictured) whose catchy beatpop infused tunes are causing a bit of a stir right now in A&Rland.

If that isn't tempting then Leeds five piece THE INSECT GUIDE should do the trick. Signed to 48 Crash Records, their candescant forays into dreampop, shoegaze and post-rock are a must see. With a debut album and DVD due out in the early part of 2007, this could be their year.

Finally, SHORTWAVE FADE are the latest bunch to emerge from the vibrant Leicester scene. Armed with a bucketload of tunes and the songs to match, expect the show to start with more than a casual bang.

On top of all that we've DJ sets from the wonderful DAS DISKO and Dan McEvoy (The Faversham, Underground:Live) as well as the usual Drowned-In-Soundsystem DJs.

Advance tickets are just £4 and are available from Nottingham_DiS@yahoo.co.uk. There will be tickets on the door priced at £5 (NUS/Flier) and £6 (everyone else) respectively.

Doors open at 8pm with the first band onstage around 830.

Then, on the 10th February we've got a line-up that oozes power and might and all things louder than an explosion in a chemicals factory.

Tickets for this are also £4 and are available from the usual Nottingham DiS address.

Finally, Nottingham DiS makes the 15 mile trek to Mansfield on Saturday 24th February when Drowned In Sound comes to The Mill. On the bill we have:-

Tickets for this are £5 in advance and are available HERE.