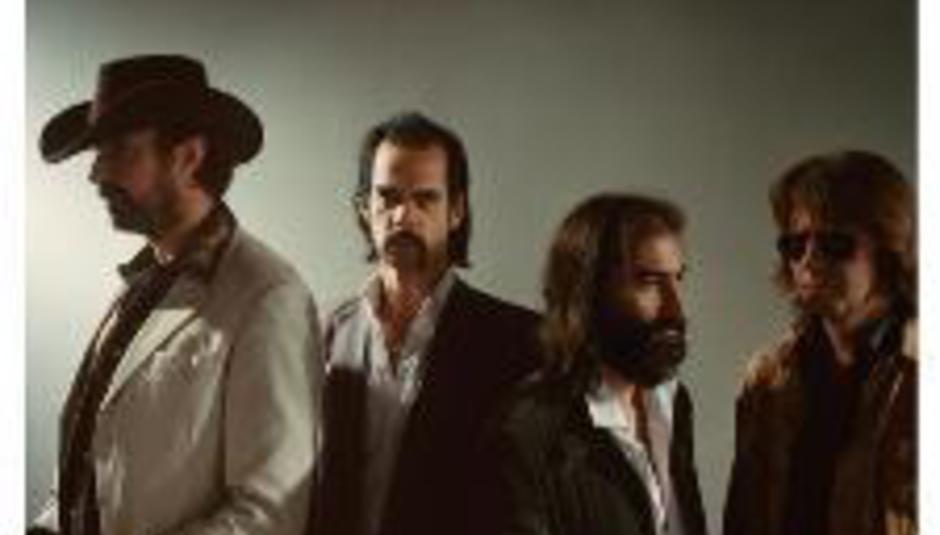 Grinderman - the new band featuring Nick Cave and Warren Ellis - are to release their debut single on January 8.

'Get It On' will be released on one-sided seven-inch and limited to 1,000 copies, via Mute; its second side will feature an etching by Cave. The song will also be available as a download, but etching... Buy it physically, you minge.

Of the song, Cave has said: "It is a lament for the messianic rock n’ roll hero, and begins, of course, with a statement of intent."