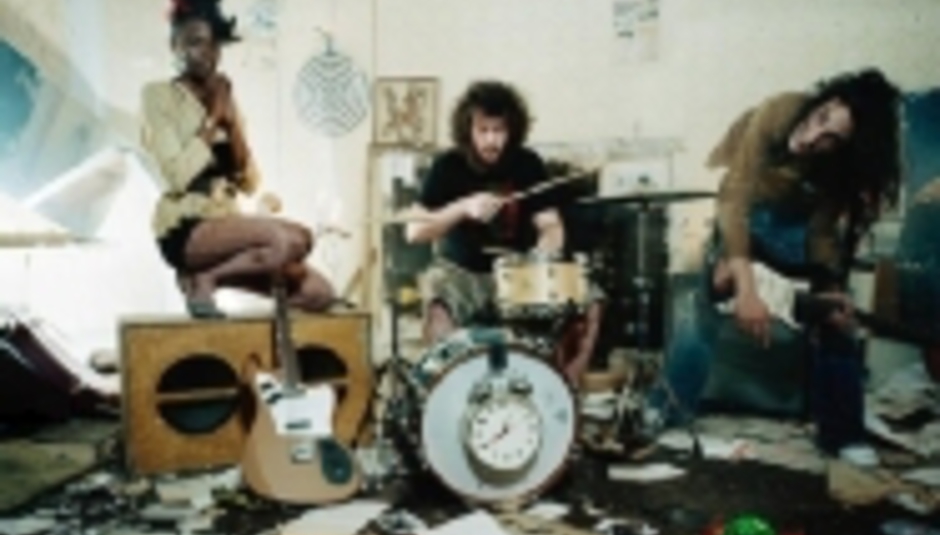 Recently seen about the land supporting Muse, The Noisettes are to close their 2006 campaign on the nation's dancing shoes with the release of a digital EP.

What's The Time Mini-Wolf? is released, exclusively through iTunes, on December 26. That's Boxing Day: I'll probably be smashed. But if you're not, heck: get downloading.

The EP precedes the release of the What's The Time Mr Wolf? album - see what they did there? - on February 5.

Tracklisting for the EP is as follows:

The band say of the EP:

Here is an EP version for a super cheap price featuring three key tracks from the album plus two songs that were hotly contended to be a part of What's The Time Mr Wolf? (The full length album released on Feb 5th). These two tracks are very important cos they were the cause of a band punch-up when it came to deciding what made the final cut! NOISEttes XX"