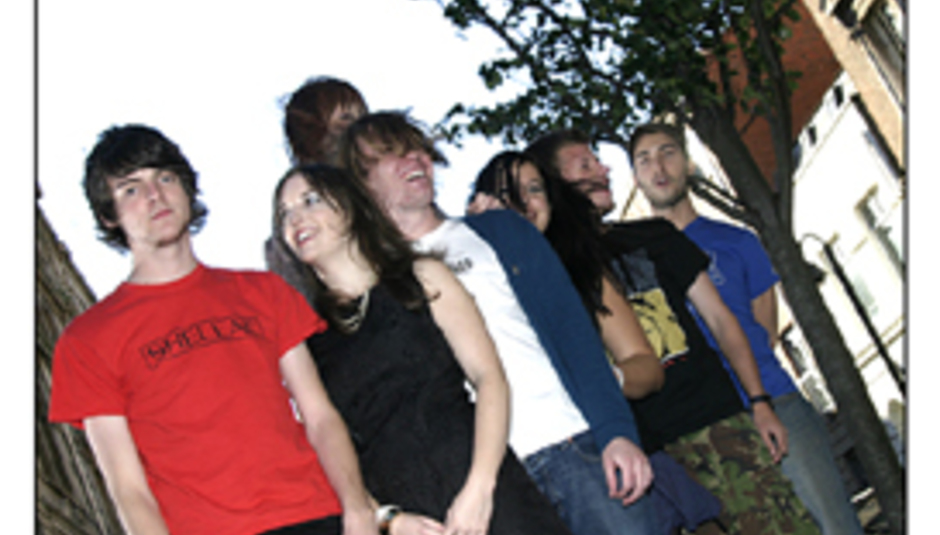 Surefire tip of 2007, Los Campesinos! have announced details of their debut single and inaugural tour.

The septet (I think that's a real word) will release the double 'A' sided 'We Throw Parties, You Throw Knives'/' Don't Tell Me To Do The Math(s)' in late February. You can get on a CD, a limited edition seven-inch and a download.

Support on the tour comes from fellow DiS-tips Sky Larkin, who are at the Camden Barfly for our second Christmas booze-up of the week this Friday. They also release their debut single, 'One Of Two' early next year.

Tickets are on sale like, now. They'll probably sell out, y'know...