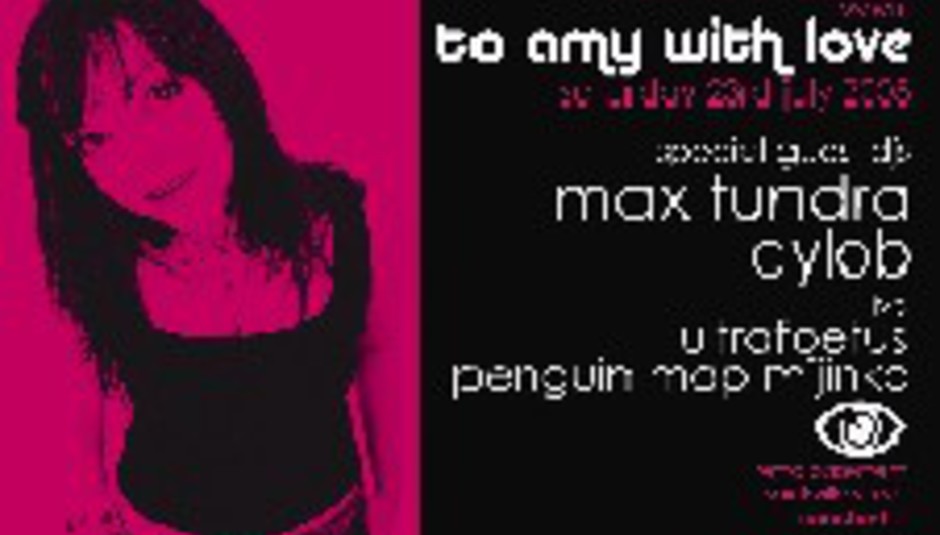 by Dom Gourlay July 4th, 2005
Valentine Records are proud to present – by popular demand – the return of their much-missed and highly acclaimed clubnight TO AMY WITH LOVE.

Over two years 'To Amy With Love' attracted national media attention and quickly built an established profile by helping to introduce a range of breakthrough Manchester artists such as Performance, National Forest and Twisted Nerve’s Luma Lane.

Saturday July 23rd sees the basement of Manchester's Retro Bar on Sackville Street hosting the return of 'To Amy With Love' featuring special guest appearances from Max Tundra (Domino) and Cylob (Rephlex). Doors open at 9pm and entry is £6.

Live support for the evening comes courtesy of two of Valentine’s latest signings. Ultrafoetus will be debuting tracks from his forthcoming 12”, due out later this year, while Penguin Map Mijinko will be following up the storming success of 'Tanktop' after its recent release via Valentine Records’ monthly download series. The label’s resident DJs will also be on side to deliver a heady mix from the decks.

While this night is being billed as an exclusive one-off, plans are well under way for the permanent return of 'To Amy With Love' at a brand new venue later in 2005.