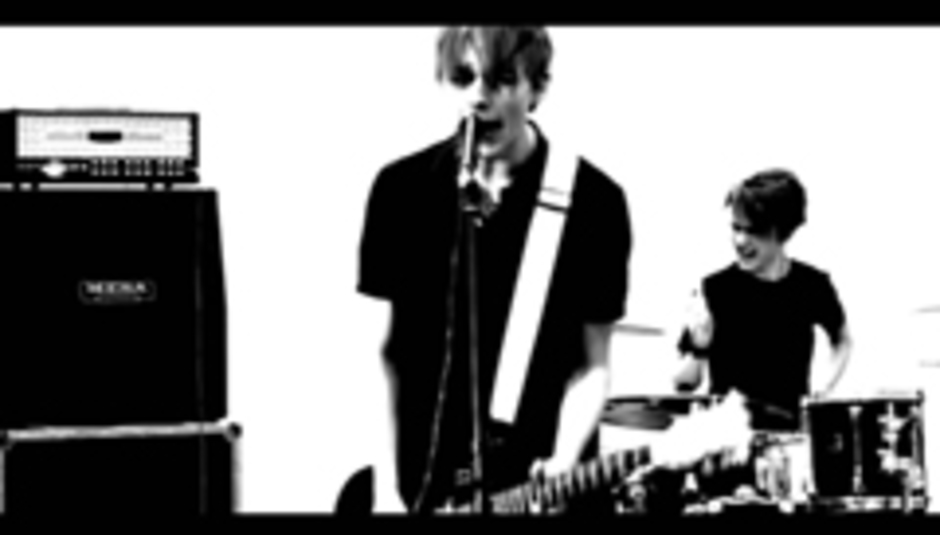 We start off with Veto Silver whose latest single (on Lucky Pierre Records) is causing a bit of a fluster. Firstly the band is to have a launch party for 'When You're With That Girl' at the Client-run club night 'Being Boiled' (Notting Hill Arts Club, 12th July). As well as this they have really gained some press with the single being 'On The NME Stereo' next week with a review in said publication the following week. This follows good shouts from Pop Justice and Channel 4 Music as well as getting some XFM airplay. Could be one to watch here... you have been warned!

DiS faves and all around top blokes Dive Dive are on the road as of 6th July promoting the release of their debut album (FINALLY!) Tilting At Windmills. Check the website for full dates and expect a full DiS album review soon.

Now for news north of the border! You might have already downloaded it from our e-content section, but the new video from Dundee rawk trio Alamos (pictured) has now been added to the MTV2 daytime playlist. To see the dapper video for ’Photograph It’ on your TV you can vote for it here. Who knows, it might even stop that sodding White Stripes video being played on repeat, which can only be a good thing.

‘Photograph It’ is out now on Pet Piranha Records, and can be purchased here should you so wish. And why wouldn’t you!?

August will see the band head into the studio to record their debut album, and this will be followed by a nationwide tour in September. Nice.

In related news, their shit-hot label mates Mercury Tilt Switch have now got their second album virtually in the can and are aiming for an October release. The as yet untitled album has been in the making for two years but if past singles such as 'Get Ready For The Trench Run' are anything to go by it will be worth the wait. The band is also set to hit the road in September/October with one date already confirmed in Belfast on 22nd September. More news as we get it on this one!

The Supatones have decided to end it all and call it a day. No reason was given other than they "feel it is the right thing to do". The band have confirmed that it won't affect the dates they have already booked including their gig at the Hull Ringside on 5th August which will be their final and farewell show.

Of a similar vein, Vincent Vincent & The Villains have also gone their separate ways. News can be found in an announcement by Vincent on their message board (when you can access their damn website!). Would appear band differences is the reason.

On a lighter note things are starting to look bright for newbie band The Heights. Signed up to Best Before Records, the boys appear to be set to hit the industry in a big way. The band are in the studio at the moment getting set to start recording with Chris Kimsey (The Rolling Stones) and have gigs lined up for the CMJ in New York, In The City in Manchester as well as hitting the MTV Gonzo tour.

So that’s all so far this month but if your band has something to share with the world, let us know by contacting me at colin*DOTkissmyspammingfatassbitch*weston@drownedinsound.com and I'll see what I can do in keeping this damn article more regular! Oh, final thoughts: enjoy Truck and listen to The VC's more. End of.