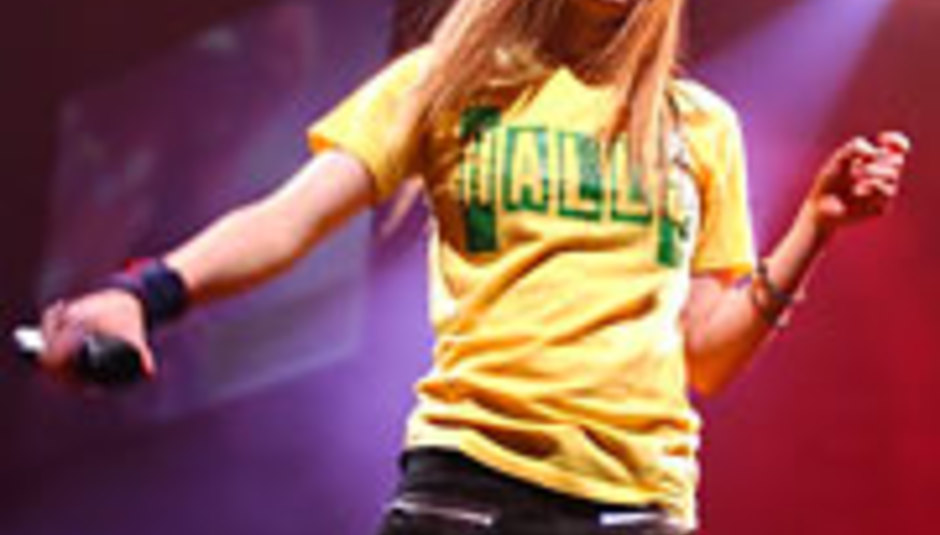 Avril and Deryck, sitting in a tree...

by Jeffrey Onions June 29th, 2005
More-metal-than-your-ma BUT not-as-punk-as-your-baby-brother squeaky teen queen Avril Lavigne is reportedly engaged to Sum 41 goofball Deryck Whibley. Is he 'In Too Deep'? Are things gonna get 'Complicated'? Why hasn't either of them written a song called 'Do We Really Give A Stuff'?

YES! Picture the children - all ginger and gormless. Anyway, Lavigne was finishing off her European tour when Whibley proposed at the weekend. Cute.

DiS's US-of-A sources confirm that the management for the happy couple have confirmed the engagement, which is nice as the couple did the same thing back in September for a laff. Our US-of-A sauces haven't said owt, but the sweetcorn relish has gotten all crusty and the top's a little stuck, so we'll work on that.