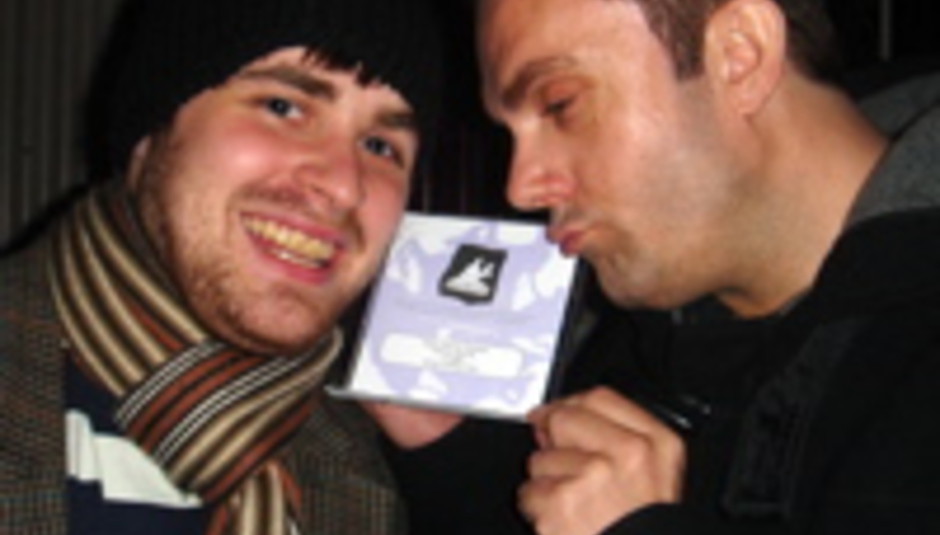 This time last week (almost exactly, in fact), I was sat around a table with Klaxons, discussing many things relating to their future, 'new-rave' and Jupiter. Yes, the planet.

That table was in Reykjavik, Iceland and you'll find the results in a sexy-as-hell podcast coming your way in the next few weeks.

However, before then, we've a delicious nugget of Klaxons news-o-rama. The band's debut album Myths of the Near Future is now finished (pictured is me next to the only copy of it in the world) and everyone is currently running around deciding on a tracklisting.

DiS can exclusively reveal the release date of the album as January 29th 2007, through Polydor.

The band told DiS:
"we've made a fantastic debut album... glossy, yet dark."

Time to get very, very excited. Do so by watching the video for new single 'MagicK' here.