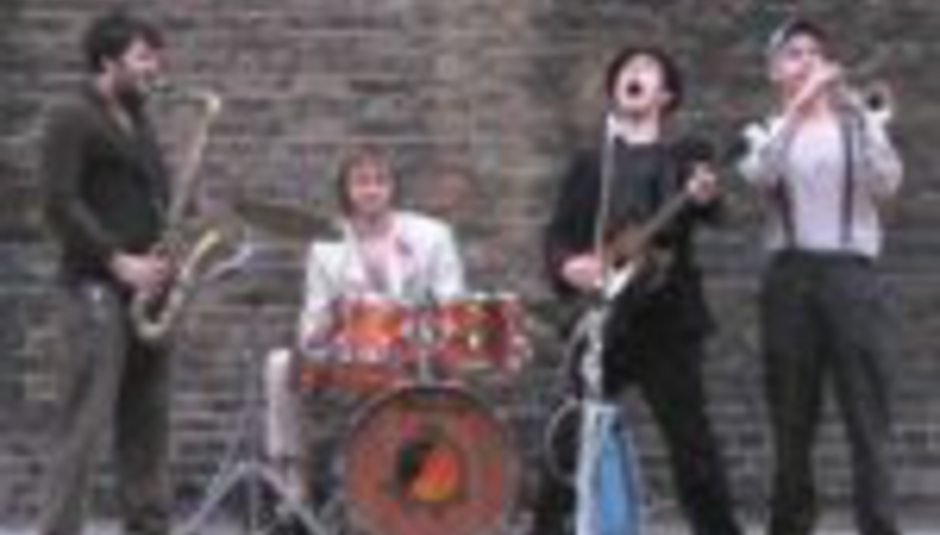 Rumble Strips are a band, yeah. We've got some copies of their forthcoming single to give away, on both twelve-inch and eight-inch vinyl. Eight-inch vinyl, what the fuck?

'Cardboard-Coloured Dreams' is an EP, yeah, and it's out on November 20. But why wait, really, when you can enter this here competition and get in on the action early? What sort of action? Horn-tooting indie-skank, obviously!

We've three copies of each format to give away, so to get some, answer this:

Rumble strips can be found on roads - they're meant to slow your speeding car down, or at least shake your foot into depressing the brake, or something - but what sort of roadkill is pictured in the below image? Send your answer to mike DOT diver AT drownedinsound DOT com right bloody now; write 'It's clearly a badger' in the subject line, and include your address.