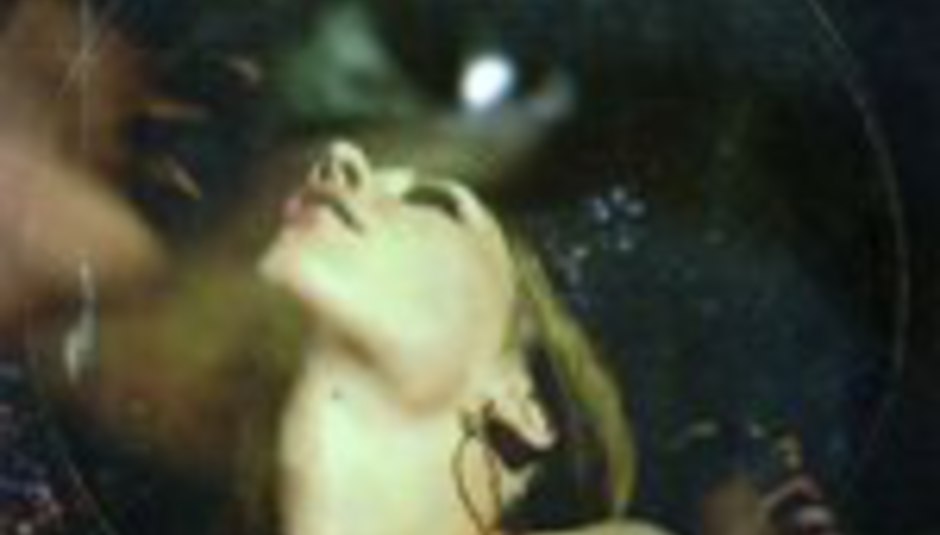 DiS has spent much of the last twenty-four hours in the company of Deftones' new album, Saturday Night Wrist. See that picture there? That's the cover art. Here we present a run-through of the album's twelve tracks, just to get appetites whetted somewhat.

Please note: this isn't a review, just a series of track summaries based on a handful of listens by a long-term fan of the band. A full review will follow in the near future.

‘Hole In The Earth’
Totally melodic in structure, but packing meaty riffs alongside its more ear-friendly moments. This is as good a lead track as could have been hoped for: immediate and catchy, with overtones of first-album Hundred Reasons. Although that comparison might be based solely on the “Whoooos” one can hear through the noise. Very Colin Doran.

‘FM’
An instant upping of volume, and the first real indication of Saturday Night Wrist’s similarities to 2000’s White Pony long-player. The riffs and vocals are aggressive, but there’s an ethereal quality to ‘FM’ that has more in common with Deftones’ album before last than either 1997’s Around The Fur or their self-titled effort of 2003. Keyboards are more prominent than you might expect on such a heavy song.

‘Beware’
The pace shifts again: ‘Beware’ is slow and brooding, but remains oppressive in feel. Structurally almost post-rock, ‘Beware’ finds vocalist Chino Moreno hitting a good few high notes. Here he sings, stretching words to fit the lengthy drones, whereas on the track before he spat his lyrics viciously. The song’s closing minute-or-so is dominated by a particularly savage riff.

‘Cherry Waves’
Abe Cunningham’s consistently brilliant drumming becomes absolutely apparent here, and Chino’s vocals float, ghost-like, in the mix. Again, White Pony is brought to mind: this is soft-rock by Deftones standards, but executed in such a way that metalheads won’t feel embarrassed to slow-dance to it. It ends with disjointed screams punching their way through eerie atmospherics.

‘Mein’
Slightly reminiscent of ‘Knife Party’, at least initially; it soon shifts gears and becomes a totally different beast. Like the album’s opener, ‘Mein’ is rooted in melody – it’s the kind of song you imagine guitarist Stephen Carpenter gritting his teeth through, wishing it was just slightly more metal in execution. Not that it’s particularly quiet, you understand. The song’s most notable for a vocal contribution from System Of A Down’s Serj Tankian.

‘Interlude’
A fairly self-explanatory track, ‘Interlude’ is exactly that, only it lasts for four minutes. Purely instrumental, the song could pass for a ‘proper’ post-rock song, in a stereotypical sense, and serves to split Saturday Night Wrist into easier-to-digest halves. One wonders what side of an LP version it’ll be on…

‘Tilde’
Well this is unexpected: after the above effort, all bets were on track seven exploding from the speakers like a bullet from a gun. But ‘Tilde’ is a subtle, gentle number, Chino’s voice caressing the listener’s ears rather then rupturing them. It’s not so far away from the material of Team Sleep’s self-titled album of last year. Whether this is a good or bad thing is entirely dependant on your take on Chino’s more introspective side project.

‘Rats’
A song late, the explosion arrives: ‘Rats’ is, for the most part, the most aggressive track on Saturday Night Wrist. Chino screams absolute bloody murder over choppy riffs that know no limits whatsoever. The chorus is slightly more controlled, but long-standing fans will lap this up – at times it’s reminiscent of the fantastic breakdowns of Around The Fur, and with roughly a minute to go Cunningham and Carpenter combine on an instrumental passage that’ll leave your brain bruised.

‘Pink Cellphone’
Alarm bells ring like air raid sirens from the very beginning of this song. A hip-hop beat is accompanied by strangely industrial noises and skittering percussion loops, while Chino plays second fiddle to a lead vocal from Giant Drag’s Annie Hardy. Really, the less said about her foul-mouthed train-of-thought vocals at this song’s end, the better. ‘Pink Cellphone’ will have fans scratching their heads: where the fuck is the rock, guys?

‘Combat’
Samples, seemingly of radio communication, litter the spooky intro to this track, its depth of sound welcomed after the previous song’s sparseness. When the vocals kick in, it switches from second to fifth gear in a heartbeat. Much like ‘Mein’, ‘Combat’ neatly balances primal aggression with compositional control, and the layered vocals wrap themselves around the listener with ease. Chino’s screaming of “Whose side are you on?” is peculiarly unnerving.

‘The Earth’
Chino sings through the same kind of filters that made themselves heard on ‘Elite’, from White Pony, only this time around the accompanying song’s pace is slowed considerably. A sludgy riff breaks into a crisper cousin, with every directional tangent orchestrated by Cunningham’s excellent drumming.

‘Comanche’
Saturday Night Wrist’s closer is another echo of the band’s turn-of-the-millennium past. ‘Comanche’ is a sweet end to an album possessing a wealth of variety, a song that’ll appease fans old and new alike. It seems to pack a dozen Deftones traits into its short running time, from the crunching breakdown to Chino adopting a vocal style that’s more lullaby than larynx-shredder.

Look out for a full review around the time of the album’s release at the end of October.