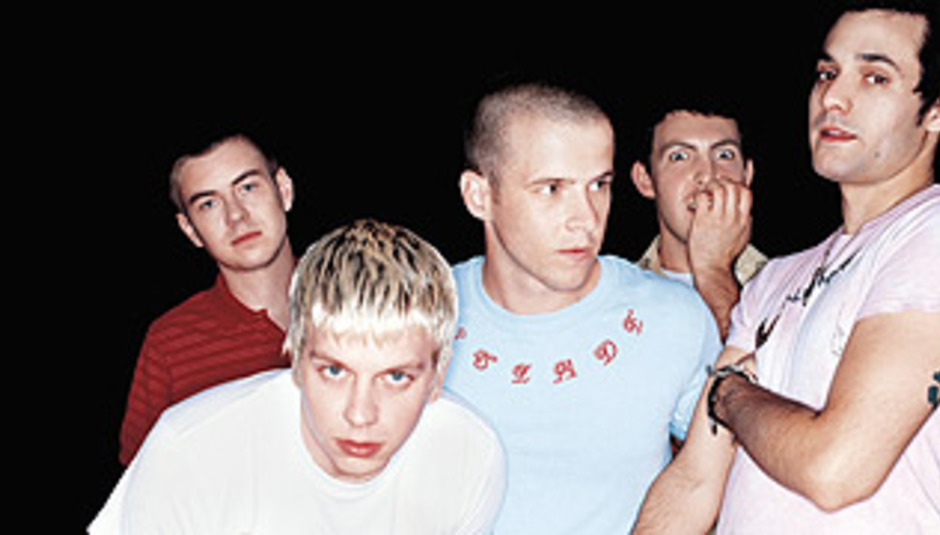 'Here I Am' is released through Virgin, and precedes the band's new album, Black Tape, due for an official UK release on 28th March.

The Explosion used their Virgin advance to establish Tarantula Records, which has released records by The Bronx and The Distillers. How very punk of them.

The Boston quintet arrive in the UK in a few days, and play pretty much non-stop through 'til the end of March.