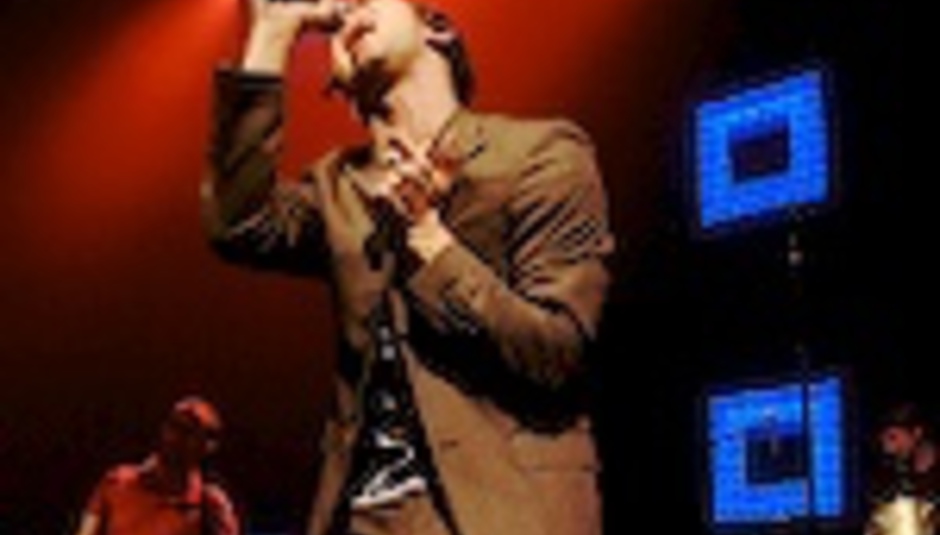 Maximo Park have announced that their second long-player, as yet untitled, will be released in March next year.

Singer Paul Smith - pictured singing no less - told US website Pitchfork that the album will run to twelve or thirteen tracks.

A number of titles are confirmed, including 'Girls Who Play Guitars' - a song about Cay's Anet Mook maybe? - and 'Books From Boxes' - perhaps a paean to Smith's addiction to Amazon?

A single is expected in January produced - like the album - by Gil Norton (Pixies, Foo Fighters). "We wanted to use somebody who didn't tell us what to do and didn't think that they knew everything about music, and would have a particular sound," said Smith of the acclaimed producer.