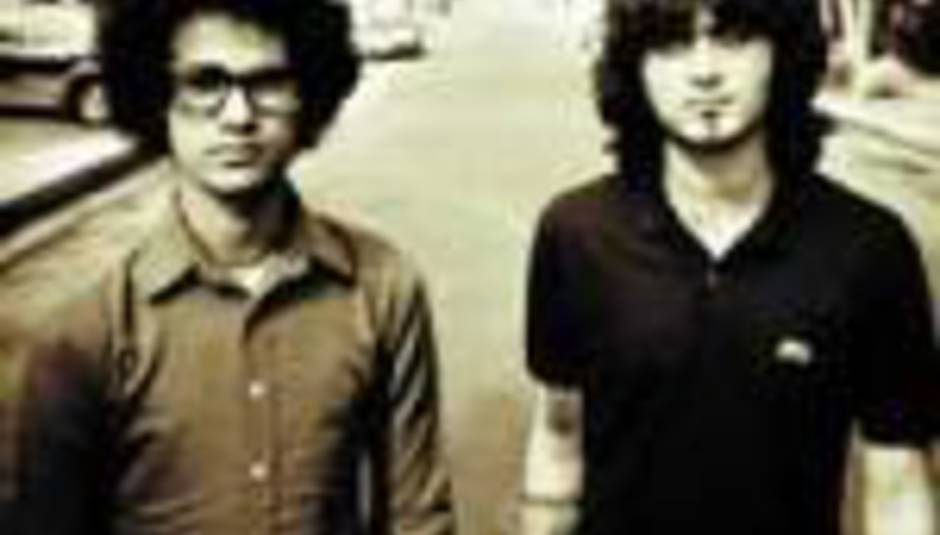 The Mars Volta bottled at Endfest

The Mars Volta walked off stage at the Endfest on Saturday (August 12), after being pelted, in perfect Reading fashion, with bottles of piss.

The band were playing the event - held at the White River Ampitheatre in Auburn (Washington State) and also featuring Red Hot Chili Peppers, The Gossip and Wolfmother - when the crowd turned against them. Presumably lengthy prog-rock workouts weren't the flavour of the day in Washington at the weekend.

Websites including Pitchfork and NME.com have reported on the incident, but as yet the band have not made any official comment. Reports state that Omar Rodriguez-Lopez smashed his guitar against his amplifier before departing the stage, with singer Cedric Bixler-Zavala asking the crowd to find the offending urine-hurlers.

"I will pay $100 to $1,000 to somebody to find the person that's throwing urine up here," he told the crowd. "I will give you free merchandise and a lifetime supply [of passes] to Mars Volta shows. Find that person and kick his ass for me. Bring me his head and we'll be friends."

The band also suffered technical problems prior to their early exit. Their third studio album, Amputechture, is released on September 11.