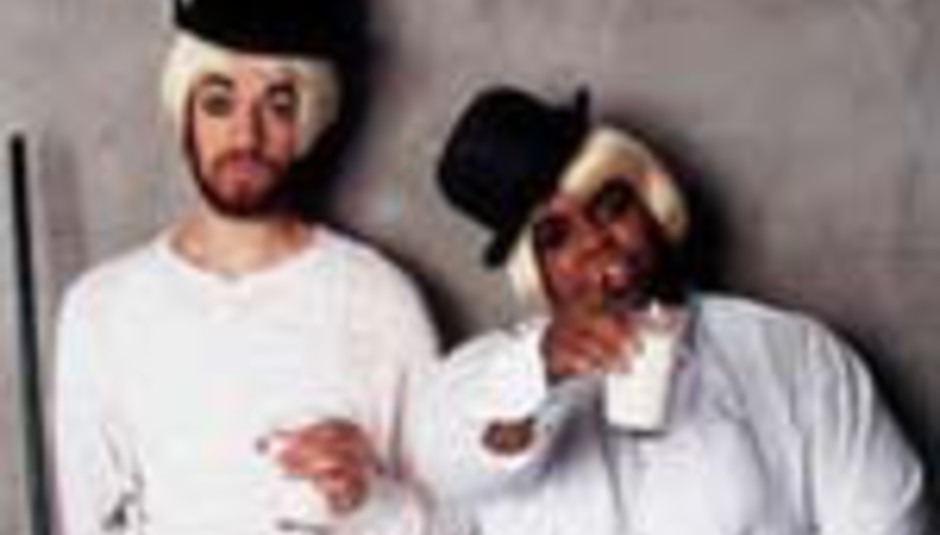 Gnarls Barkley forced to put other projects on back-burner

Gnarls Barkley - vocalist Cee-Lo and production whizz Danger Mouse - have been forced to temporarily call time on their other projects due to the duo's success.

The pair's debut single, 'Crazy', made history earlier this year by making it to number one on download sales alone, while its parent album St Elsewhere debuted at number one in the UK album charts. Cee-Lo spoke to Billboard about their unexpected success.

"A lot of things have been pushed on the back burner by the success of Gnarls - which is a good thing. It's bittersweet, a double-edged sword. We didn't plan on touring for the album, but here we are, three months into a tour. The dominoes are falling just as they should."

The singer added that he and Danger Mouse are now considering writing a second album as Gnarls Barkley - the alliance had, originally, been intended as a casual one.

"I'd like to see what we could do if we really, really focused," he said. "It's surpassed both of our expectations."