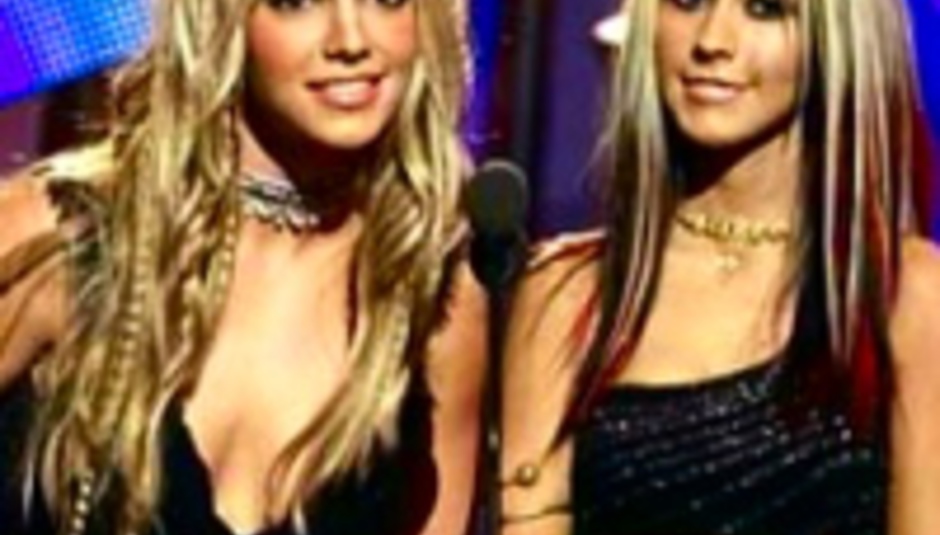 by Mike Diver October 14th, 2004
Christina Aguilera and Britney Spears will release their new singles on the same day. SHOCK.

In a move that's sure to have the fur flying, and have sites like this one writing news items about it, Aguilera's 'people' have moved the release date of 'Car Wash' so that it clashes with Spears' awful (no, really, it's fucking terrible) reworking of Bobby Brown's 'My Prerogative'. SCANDAL.

Both singles will be released on November 1st. Both are signed to BMG. Both will probably be smelling of roses whatever the outcome. NICE.