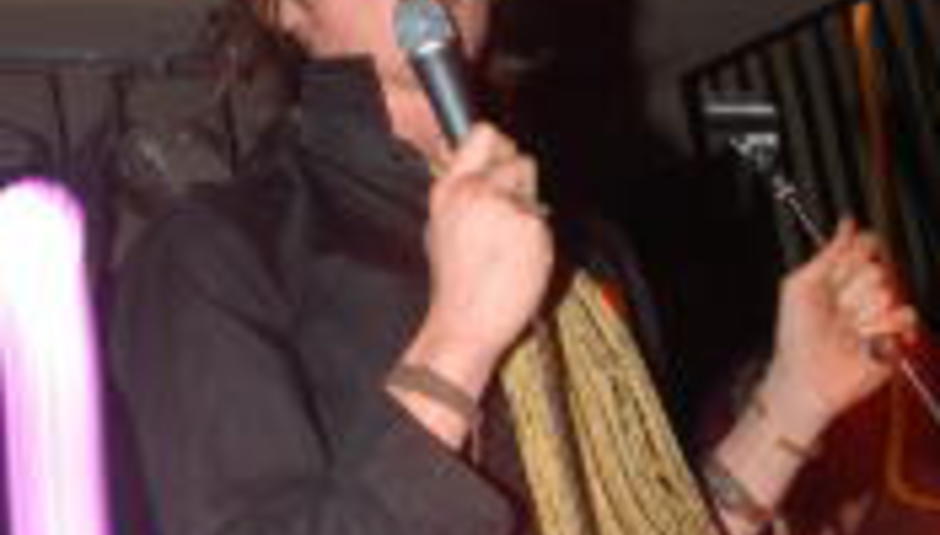 LUDES are set to launch clubHEDONISTIC this Monday. It takes place at The Archway from 7:00pm and entrance is TOTALLY FREE.

LUDES are joined by REDJETSON, RIFF RANDOM and HEDON, who are putting it on, as well as DJ Charlie No.4. It is hoped that the new night will help build up a proper community of music fans, showcasing proper talent to a packed out crowd. New and upcoming bands are being encouraged to send demos in. Details are at clubhedonistic.com. The venue is bang opposite Archway tube (Northern Line). If that's not clear enough, then see a map.

The north London venue is expected to be quite busy, so best to turn up early to guarantee entry. Word has it that THE BOYFRIENDS are lined up to play the second night, on Monday 18th October.

Details on the bands are below. Anyone wanting further info should email play@clubhedonistic.com.

LUDES exude the elegantly wasted air of seasoned pros, despite their relatively short tenure within rock’n’roll circles. Already veterans of tours with Electric Six (“every night was like something out of ‘Casualty’) and Franz Ferdinand (“cool”), they’re clearly only a connecting train from stardom. Wherever they assemble, something bizarre happens, prompted by both their other-worldly looks - think The Faces crossed with ‘Modern Life Is Rubbish’ period Blur - and a savvy London wit inflected with the spirit of everyone from Harold Pinter to Ian Dury.
www.ludesmusic.com

RIFF RANDOM are four young guys obsessed by guitar freak outs, noisydelic drones and haunting melody. If Thurston Moore and co. grew-up a decade or two later in Melbourne with the benefit of working with Jesus & Mary Chain's Ben Lurie, they'd be serving up a debut EP like these four Aussies. After infamous shows of psychedelic meltdown, they’re burning with sonic love. Every show is a stage-sizzling experience that reaffirms the electrifying power of rock n’ roll. Sure, they’ve got seminal influences (Sonic Youth, My Bloody Valentine, Stooges, Love, ‘60s psychedelia), but this ain’t no tribute. This is something new...
www.riffrandom.com

HEDON provoke fond memories of when classical songwriters played chilling rock n' roll and emotionally intense lullabies. A mix of poppy anthemics and harder edge phychedelia, the five twenty-nothings meld poetic and musical influences into instantly memorable melodies swirling around romance, chance and supernatural affectations. They combine layered soundscapes and tightly woven rhythmics with one of the most watchable live sets around. Few young bands have this much promise.
www.thehedon.co.uk