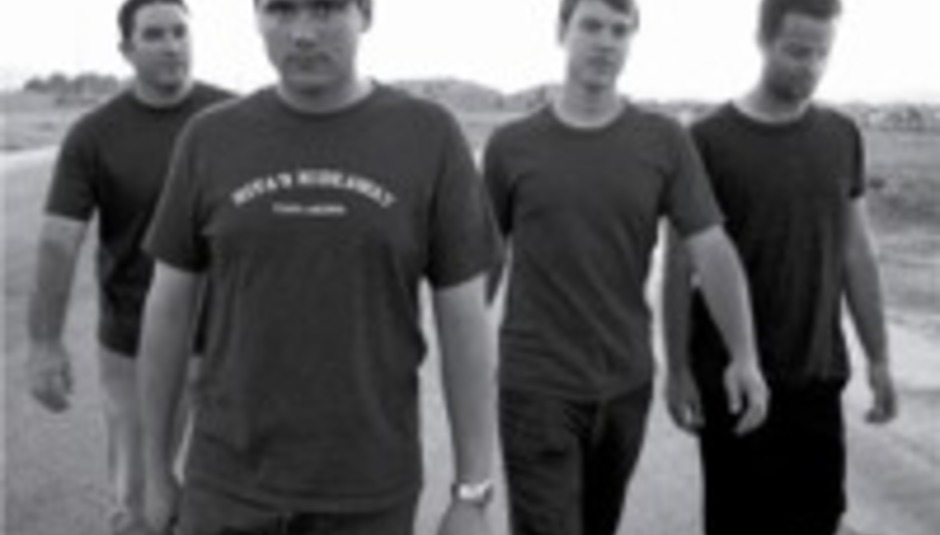 by Gareth Dobson September 17th, 2004
THE COMPETITION TO WIN TICKETS TO THE ISLINGTON GIG IS NOW CLOSED Emo-pop titans, Jimmy Eat World have announced details of a new single, album and a pair of UK dates to set your rock heads salivating…

For their first trick, the four-piece will release the Gil Norton-produced 'Pain' on October 4th. The single is the precursor to their fifth album, 'Futures', which is out a week later on 11th October. Rocktober, if you will.

The band will also come here in support of said flurry of activity, and are set to play two shows in London on September 23rd and Northampton the following day.

As the London Islington Academy date sold out in five minutes or something, you probably won't be going if you've only heard about this farrago now. Unless of course you win a pair of tickets with Drowned in Sound.

Yes, two tickets to the gig this Thursday are yours if you email gareth@drownedinsound.com with the answer to this particularly esoteric question:

Name three rock bands with a day of the week in their name.