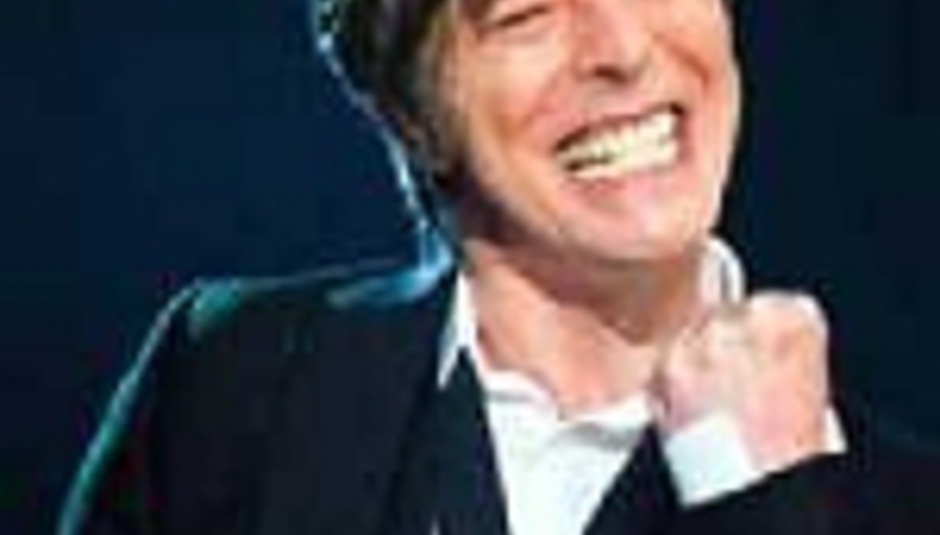 by Gareth Dobson September 17th, 2004
Looking firmly towards the festive period already, record companies have lined up announce a slew of music DVD releases... here are some of said treats.

Unhindered by the fact that it nearly killed him, the thin White duke is set to release a live-concert DVD to commemorate his first world tour for nearly a decade. Filmed in November 2003 at the Point Depot in Dublin, the set includes 140 minutes of career spanning material. The 5.1 sound mixing was done by long-time Bowie collaborator Tony Visconti. The discs include live photos and a ten page booklet, and is due out on October 18th.

The legends that are SFA release a disc containing all their videos, as well as a 40 minute documentary, to accompany their 'Songbook: Singles Volume 1' release. That's early October, folks.

The Scottish poppers have announced two DVD releases - one of which remains untitled. The first however, will be 'Singles' and will carry all the band's... yes, quite. The band will also be releasing a single to tie in with the DVDs, called 'Walking Into The Sun', which was produced by Nigel Godrich. The single is out on October 18th, while the two DVDs will be in stores on November 1st.

Around the same time as their December arena dates, the pomp-rockers will be releasing a new DVD compilation in time for Christmas this year. The double disc set will feature a documentary made by Nick Abrahams, all the band’s videos (including the rarely seen video for ‘Friday Night’) and an early homemade video for ‘I Believe In A Thing Called Love’. cooo.

Fellow labelmates, FFaF, will soon be releasing their debut film disc 'Spilling Blood in 8mm'. The 122-minute disc includes a full live show recorded in London this spring, as well as a complete videography, includsing the complete 'Trilogy' series, created for the band's download singles. There's a tour documentary too. September 20th for that one.

The MTV Awards-wowing Texan cult club release a DVD version of their album 'Together We're Heavy' on September 13th. We have nothing more to say on that.

Avant manglers, Thurston Moore & co, released 'Corporate Ghost: The Videos 1990-2002' last month. It is what it says, but is also highly recommended by DiS...

The antichrist superstar releases a special limited edition DVD as part of the 2 CD set that comprises his forthcoming Best Of collection, out at the end of September.
The DVD contains all the man's music videos. Which were pretty scary once.

The Levi-loving rock relics release a live recording of their UK 'comeback' appearance at the 100 Club. On that date, guest vocals were supplied by Lemmy of Motorhead and Ian Astbury of the Cult. Additionally there's some archival footage, early TV spots and suchlike. The DVD was out last week.

September 20th see's the veteran stadium rock/plinky plonky electronica heroes Depeche Mode releasing 'Devotional, a live recording from 1993 when they were amongst the biggest bands in the world, and well into the brown as well. It's all recorded by moody film artist Aton Corbjin and has promo videos and extra footage n that.