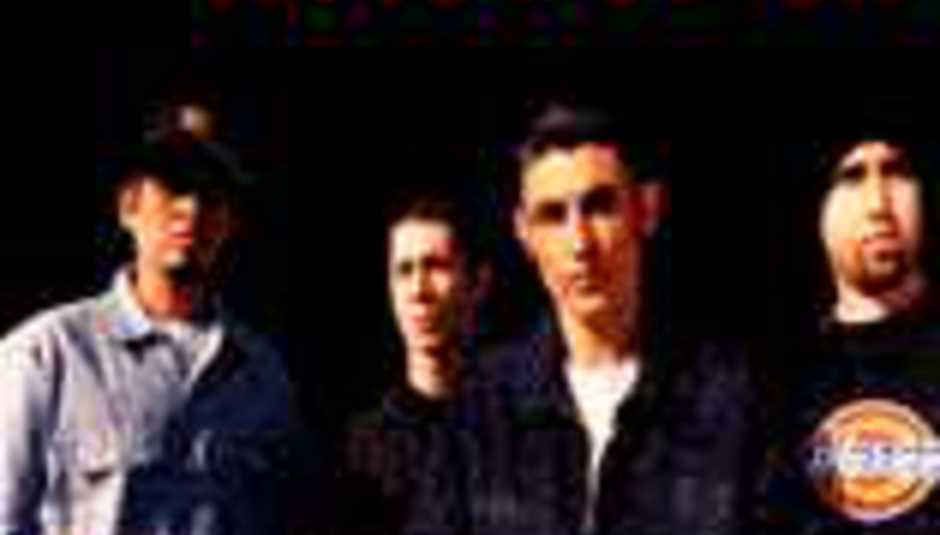 by James Benwell May 5th, 2001
Epitaph-signed hardcore-punksters Union 13 were yesterday involved in the break up of a bizarre attempted mugging. After watching headline band the Voodoo Glow Skulls finish their set, Union 13 and 2 members of the Glow Skulls left the venue on the way to their tour bus. Having taken only a few steps outside, the bands were greeted by the sight of two men dragging a teenage boy towards a darkened ally by his shirt! On hearing shouts of 'Help! Help! They're going to rob me!' the 4 man team of Union 13 approached the 2 men to find out what was going on. Then, in what seemed like a pointless attempt to justify their actions, one of the assailants flashed a bus pass at the band and claimed to be a member of the CID saying that they were placing the hapless teenage under arrest! Unfortunately, being from America, Union 13 needed to have it explained to them that the 2 men were blatantly not members of any police force and that they were actually mugging the boy! When this finally got through to them, Union 13 along with Eddie Casillas and Jerry O’Neill of the VGS proceeded to run after the muggers screaming 'So you're muggers are you? You better get out of here before we jump you!' The 2 men, perhaps proving that they were not quite as stupid as they looked decided not to stand and fight. Respect to the bands!!!

This isn't strictly news i guess, but i thought it was important to highlight the good nature of the bands. It should also act as a message to everyone out there: Help your fellow man when he's in trouble...especially when there's a lot of you and you're all massive Americans