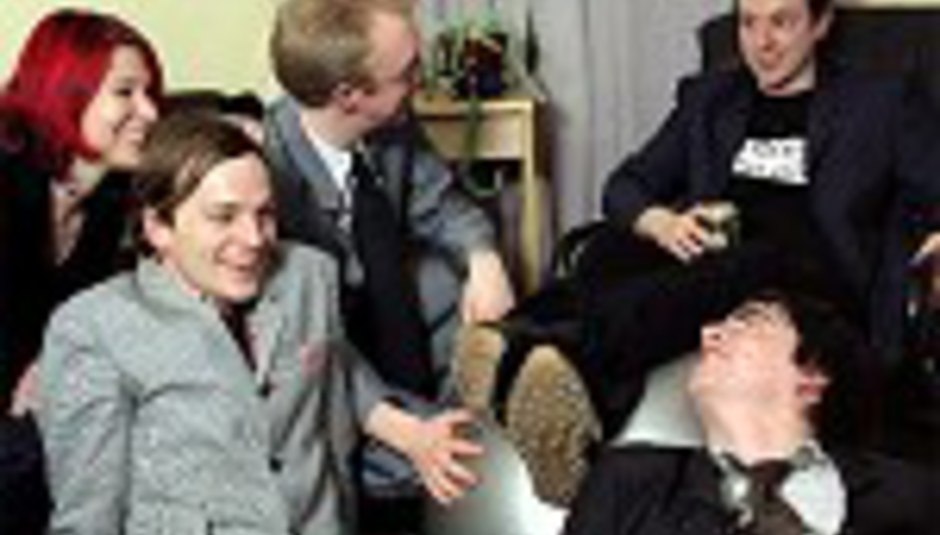 by Gareth Dobson August 13th, 2004
London heroes, Art Brut, has announced that they will be performing live at London’s FROG night this weekend, Saturday 14th August.

The band released their debut, cult hit, single 'Formed A Band' in March on Rough Trade. Second single 'Modern Art' / 'My Little Brother' is set to follow in September...

Following their FROGscapades, the band will be playing the Love Music, Hate Racism mini-festival in Hackney.

Going beyond London, FROG has announced that it is going to the Reading Festival, promising to "Throw the best Welcome To Reading party the festival has even seen"

Taking place on the Thursday night (26th August) at The Rivermead Center, the FROG team will transform this leisure complex into a haven for rock n roll behaviour. FROG will be bringing with it special guest DJs from bands on the Reading bill, DJs from top London rock nights plus FROG residents and the ArtRocker crew.

The night runs from 9pm – 3am and will cost £3 with the festival wrist band. To check out further details, hit up www.thisisfrog.com