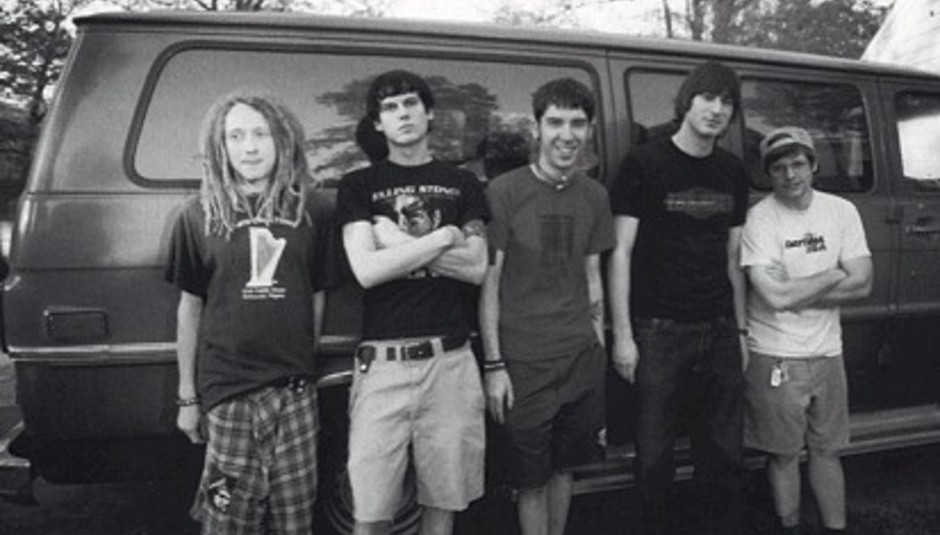 by Mike Diver August 12th, 2004
Strike Anywhere guitarist Matt Sherwood has won a competition in the US to find the nation's most Completely Irresistible Face. No, I'm really not making this up.

Strike Anywhere had just come off tour, promoting last album 'Exit English' (out on Jade Tree), when Sherwood was entered into the competition by his girlfriend, Aran. He emerged victorious from 1,200 applicants, winning prizes worth $25,000. Former tennis player turned would-be something Anna Kournikova, who called Sherwood's face "simply irresistible-looking", presented him with a complete electronics prize package, including an HDTV plasma display, surround-sound system, integrated DVD recorder and digital video camera. In addition, Sherwood will fly to a photo shoot later this year for the chance to appear in an upcoming Gillette Complete Skincare television commercial.

"I didn't realize Aran had entered me until I received a call saying that I was a finalist," said the guitarist. "I never thought of myself as irresistible - so this is pretty cool!"

Whatever next, members of The Blood Brothers promoting shrink-to-fit jeans?

DiScuss: Forgive our ignorance, but which one's Matt?