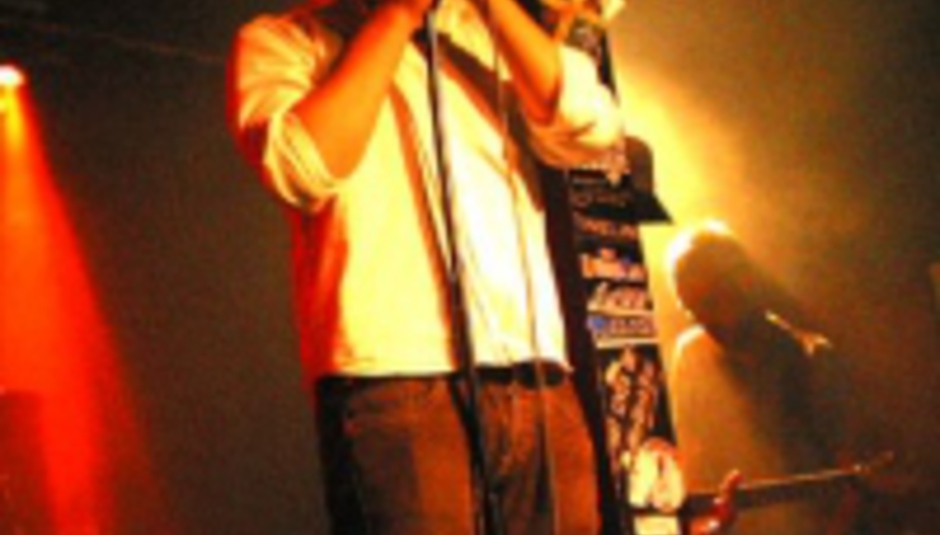 by Sean Adams July 20th, 2004
In support of our forthcoming 'Brave New Ideas' compilation series, DiS takes its show on the road, with two great, inventive British Bands for you to discover this summer...

What better way to spend August than jumping into the back of a van and drinking your away around the UK. We suggested our new signing Redjetson (who we've babbled on about, foamingly, on here for quite a while) and the post-prog genius of Youthmovie Soundtrack Strategies. More info about both bands follows the dates...

So, the tour is covering the country, and there are a few gaps where the bands want to have a house party, if they're in your neck of the woods and you fancy a party, post a comment below... come along, support the underground and represent...

Both bands play Truck Festival this Sunday in the Barn That Cannot be Named (Redjetson at 11:15am, YMSS at 6pm). And Redjetson play two tour warm-up shows in the capital, the first is tomorrow, Wednesday 21st @ Comedy and 29th July @ The Medicine Bar in Shoreditch for Soldier Boy.

What on earth is Brave New Ideas?
In February 2004 the Drowned in Sound collective started a night called BRAVE NEW IDEAS to feature the the most inspired new bands, on the first Thursday of the month at 93ft East. And from this night, comes a compilation.

This August the first Brave New Ideas compilation drops, featuring not just the best of the UK bunch like thisGIRL, Jetplane Landing, but also the very best acts from around the world like These Arms are Snakes and Pedro the Lion. Track listing is to be announced soon. We're also releasing these, monthly, using some very smart technology, more details to follow...

YOUTHMOVIE SOUNDTRACK STRATEGIES
http://www.ymss.org.uk
What a name, and what a name they’ve made for themselves over the past 12months. Features in The Face, single of the week adulation from Kerrang, touring with their friends (and previous drummers band) Hope of the States, confused the music industry at In the City and inked an album deal with the mighty indie Fierce Panda. They mangle swathes of art-rock against pools of something that’s almost metal. Brave new ideas, indeed.
"It's a rare band that can build such monolithic soundscapes as YSS, that can construct epic slews of earth-shattering noise and ethereal build-ups without drifting off into noodles" Kerrang
"…a post-hardcore brainstorming session on where music should go next!" Steve Lamacq


REDJETSON
http://www.redjetson.co.uk
After months of support from the website, they recently signed to the new Drowned in Sound label. These post-rock loving, post-indie making, manifesto dissecting, Dickensian six piece have made a name for themselves too. Their blistering epic rock has been experienced opening for the likes of Biffy Clyro, Seachange and blasted out at their own Do or Die clubnight at the Arts Café. Their debut album ‘New General Catalogue’ is released in October.
“…set to break all perceptions of post-rock being inaccessible and only suited to homicidal sociopaths .If you like your Joy Division, Six by Seven, Mogwai and Radiohead then this is essential” this is fake diy.

DiScuss: Which show are you coming to? Fancy meeting other DiS readers in your area? Can you help flyer and spread the word for some of these shows? Pop your name below...