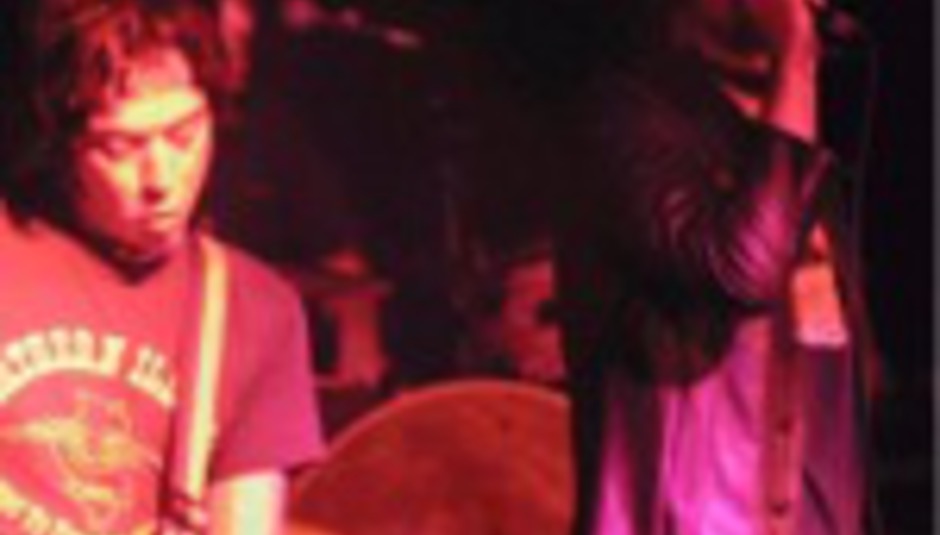 by Gareth Dobson May 31st, 2004
Hello troops; welcome once more to Brave New Ideas; indeed, Brave New Ideas #5, and it promises to be a doozy. Of course, we will be in the regular habitat of 93 Feet East in trendy old London town, with three bands and DJs and nice pints of Stella. We can only recommend…

The Killers, as we could confusingly call them, have only been treading the musical boards for a short few months, but already they’ve had loins swelling as a result of one of the best demos of the year so far, and a set of incendiary live performances featuring the most shit-hot rhythm section we’ve seen for a while. It’s English guitar pop that for once we’re not afraid to compare to the Strokes on account of it’s taut, tight musicianship and an ear for a fabulous bout of tunes. Other comparions have been made to The Fall, PiL and other such luminaries, but we tend to just call them great. www.killersoncamera.com
On stage 10.15pm

Causing a substantial hubbub when they last turned up in the capital, Birmingham’s Snowfield are purveyors of reverb-driven, giant caustic pop songs. A truly impressive band who have gained nods from Joy Division, Coldplay and Doves fans alike. But, we hasten to add, not in that rubbish student-with-a-echo-pedal way. Deeply excellent and wholly engrossing. We say, catch them before you buy the major label single in three different, chart-eligible formats. www.snowfield.co.uk
On stage 9.30pm

Completing the line up is the wonderful Spaceman 3-esque guitar buzz of Sennen. Having made one of DiS' favourite three-tracks of last year, we invite you to come and check them out for yourselves.
On stage 8.45pm

A compilation to accompany the nights, featuring the best new bands in Britian, will be released in late July.
http://www.93feeteast.co.uk
http://www.drownedinsound.com