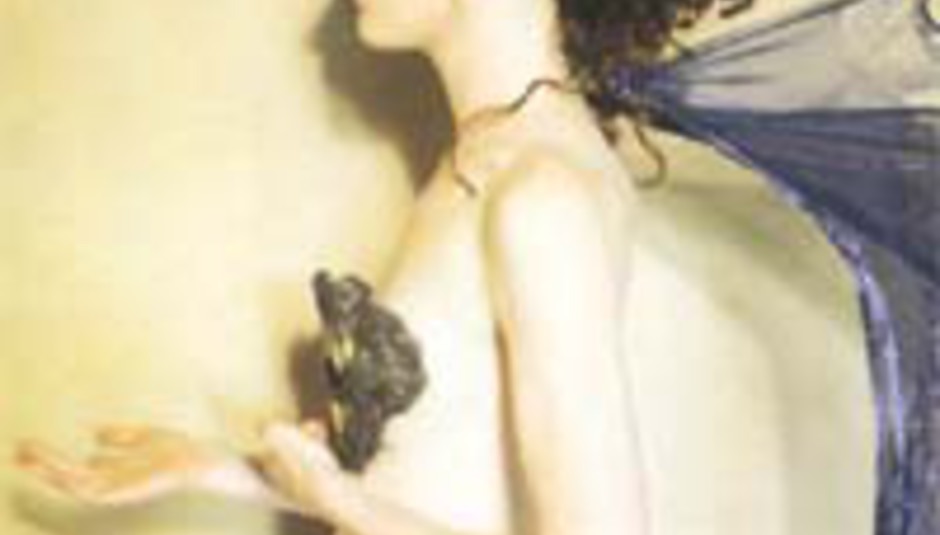 That great love of rock sound

That great love of rock sound

by Gareth Dobson May 10th, 2004
The Royal Gardens hotel in Kensington is a very plush place, mildly intimidating and very grand. The perfect place to meet a rock star. And believe me, we are meeting a rock star. This ain't no Travis or Dead Dog in a Hot Car. This is Melissa Auf Der Maur. Formerly of the Smashing Pumpkins and Hole - bands containing two of the biggest personalities (and arguably talents) of music in the 1990s), Auf Der Maur's career practically defined a musical generation.

All of that seems a world away as we sit amongst ornate furnishings and glasses of freshly-squeezed OJ and untouched cups of tea. Any intentions to smoke are immediately extinguished in deference to the demure presence that is Melissa in the flesh; a petite, darkly red-haired Canadian, we are obliged to note that in the flesh she is beautiful and statuesque. She is also innately polite, attentive and reciprocal. Not what you'd expect as a progeny of Courtney and Corgan perhaps. The easy line is to say that this is the reason for her solo career; to step out of the shadows of her past and to display her singular rock talents to the world.

Spend any little time with her though, and it becomes immediately clear that her goal in life is simply to rock. Her thinking and influences behind it are probably not as linear as her music however; as illustrated by her recollection from a decade and a half back: "I had a dream fifteen years ago, where I was in a desert, surrounded by this 3D sound that had been given to us by God. It was the most incredible thing; where music had this extra dimension. I was there, in the desert with a bunch of other people, including Josh Homme. It was amazing." Ms Auf Der Maur please note, does not take drugs.

Indeed, Kyuss (Homme's pre-QOTSA desert rock band) were a massive influence on Auf Der Maur: "When I was young, they were my favourite band, they're amazing; two of the albums that affected me most in my life were (Kyuss') 'Blues For The Red Sun' and (The Smashing Pumpkins') 'Gish'". Heavy, stoner rock, both of them. "It was Kyuss who made me pick up the bass guitar and say 'hey, this is what I want to do with my life'". And when she first met Homme? "I ran up to Josh at a festival in '94 -Hole and Kyuss and the Pumpkins were all playing - and I told him 'I had a dream about you, and one day I'm going to work with you'". You can see Melissa actually doing this and managing to get away with it without freaking Homme out; she speaks with an intensity fuelled by honesty and a desire to share her thoughts. It's a distinctly Canadian thing; but perhaps without the teeth grinding anger that could be fuelled by the psycho-babble of Alanis Morrissette. In fact, it's very disarming. You can picture Homme merely nodding in agreement.

Of course, the knowing nod comes with the fact that Homme did indeed work with Auf Der Maur on her self-titled debut album; in fact, she managed to bring together a who's who of the alternative rock world; Josh Homme, Nick Oliveri, James Iha and Twiggy Ramirez all guest, but Melissa insists that her work is by her and for her; "I formed the sounds: I didn't give them the tracks and say 'turn it into that' - I was playing the riff and saying 'let's put this thing down'". And the album is obviously hers, and also about her. Deeply personal emotionally, sexually - without the implied tawdryness - and mentally, it could only of come from her. However, the guesting artists were more than sessionists. They were a living document of her previous decade that began with her first performance with Hole at Reading Festival in front of 60.000 people.

"This wasn't about just working with someone because I loved their musicianship. This was about musicians in my life in one form or another for over a decade, people who knew and were sensitive to the fact that I had spent time in someone else's musical world and wanted to build my own." She argues.

Wary and also appreciative of the school of thought that suggests her re-entrance into the world of rock would be made easy by her past, she counters; "The entire album was self-financed, and not until all the songs were finished did I approach a label with it. We're still in debt because of it, and I'm glad I did it that way". It's the Auf Der Maur way; everything she does is done with the fiercest of beliefs and the greatest of commitment and passion.

She talks frequently of extending her family "I want to give it my all, everything I do, especially, when the time comes, motherhood". We are, of course, too polite to ask with whom she is currently involved, but previous sightings have been with the likes of (the now happily-married, we hasten to add) Dave Grohl. It would have been a good match; they could have taken the title of the nicest couple in rock.

Looking forward, Melissa speaks enthusiastically of a 'club tour' where she "can really see the people, take the energy of the crowd", before a full summer scale assault of Europe and America, including the festivals. Also previously mooted to be alongside her at places like Reading was her former band leader Courtney Love, probably not so any more, thanks to her current troubles.

"She was a massive part of my life" she pronounces thoughtfully. Do you still speak to her? we enquire; "no" she quickly replies "but some friendships you don't need to pick up the phone and talk - but that doesn't mean anything. It was a really nice thing when I left Hole, and I feel very close to her still".

And her other massive influence on her career - perhaps the biggest, as she eventually admits - Billy Corgan?

"I dreamt about his solo album a while ago - I saw the cover - I think it's something that'd be good for him to do. He's the one person I didn't manage to nail down for my record, but I plan to have him on the next one."

Billy, Courtney, Dave, Nick n Josh; it's arguably the greatest phonebook in the rock world, held by the new contender to be the supreme queen of noise.