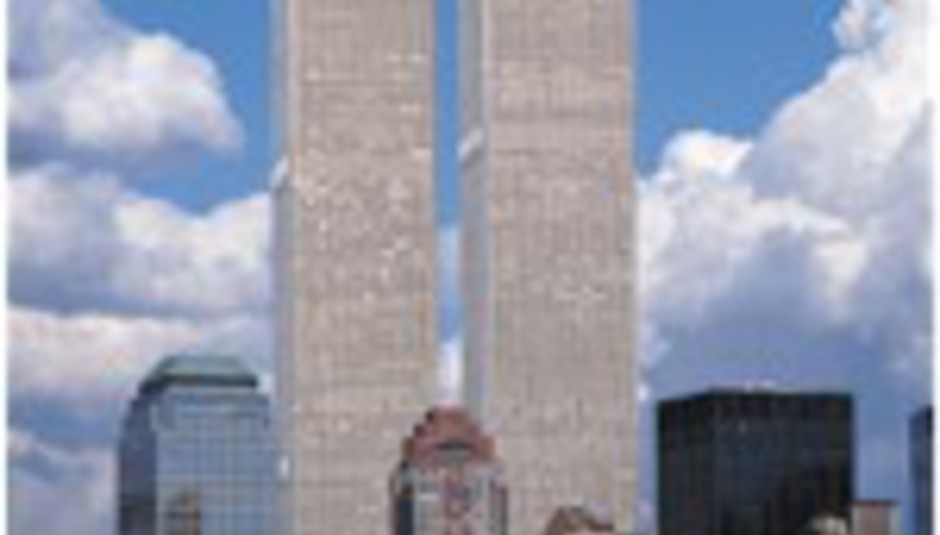 Slack-Jawed In The City - Part 2

Slack-Jawed In The City - Part 2


This is Saturday night in Williamsburg. Unbeknownst to me, I have found myself wedged between the gay fashionistas of New York, and the gay artist drop outs of New York. It’s a good place to be.

Previous conversations tonight led me to hanging out with the manager of legendary band spot, the Knitting Factory, being supplied with innumerable free drinks tokens to fritter away on endless Jim Beam and cokes. It does not, to be honest, put me in good critical mind to observe the night’s music proceedings. Regardless of that, allow me to witter on about some bands I saw tonight. Royston Vasey-Tyler, ex – or possibly current (who cares) – of Spacehog is in the building playing music that we can only assume is “for myself, and if anybody else likes it, it’s a bonus”, because frankly, it’s bollocks. The most important aspect of the ex-pat’s presence is whether it will be reciprocated by the appearance of his bethrothed, Lizzy. Ms Tyler-Langdon-Vasey is indeed in the house, and she cuts an embarrassed figure; her husband is first on at a two-hundred capacity club playing blues-rock obscenities to a barely-conscious crowd. I wish I’d taken the drugs before I went out. Still, a beggar’s life…

Steve Lamacq would be much more allured by the feminine wiles of Palomar. The female trio (plus penis-enhanced drummer) knock off tunes that remind of Kenickie in their hey-day. They’re cool. I think, and we will investigate further another day.

Headliners, and cause of the venue selling out for the second night in succession, The Wrens, have moved into their latter years. Musically however, they are about as productive as Kraftwerk on K, Actually, Kraftwerk probably would be quite productive on K. I digress. The middle-aged quartet make howling rock of a nature that would be described as hardcore, if it wasn’t so preposterous a proposition. They are excellent however, and the UnCut-esque crowd are duly appreciative.

The cab back to Williamsburg is merely nine dollars, and the craziness begins. I play Springsteen, G’nR, Bowie, Generation X and Ninja Tunes. A regular Saturday night.

The evening previous, I find myself in the petit but well-proportioned Northsix Venue. Playing host are Chicago’s premier brother-sister duo, The Fiery Furnaces. What takes place is similar to the pair’s album, but even more frenetically helter skelter. The band don’t pause for a single bout of applause through a breathtaking set. Expanded to a four-piece live, the free-falling anti-folk mish mash is doubly raw and twice as impressive. A drunkenly swaying time is had by all the local hipsters. Even when they re-locate outside to smoke.

In honourable support are the New York trio, The Prosaics. “It’s really easy to compare them to like, Interpol” muses one skinny tie-bedecked native of Buffalo, upstate New York. And you know what? He’s right. The Prosiacs make a bass-propelled, doom-filled paean to lustrous British musical history. So that’s that sorted then. And they’re pretty cool. But not brilliant. That’s the Fiery Furnaces. Second highlight of the evening was, when musing on the relative benefits of The Darkness, a Von Dutch-hatted chap bursts into my conversation to declare Hawkins and co. as “eighties bum-rock shit. But, y’know, pretty funny”. Well, that’s that, then.

But that was Friday night. This is Sunday morning.

So tomorrow (well, today, actually), I’m off to legendary NYC discothèque, ‘discotheque’, to celebrate Eric Morillo’s birthday. At 10am. Apparently.