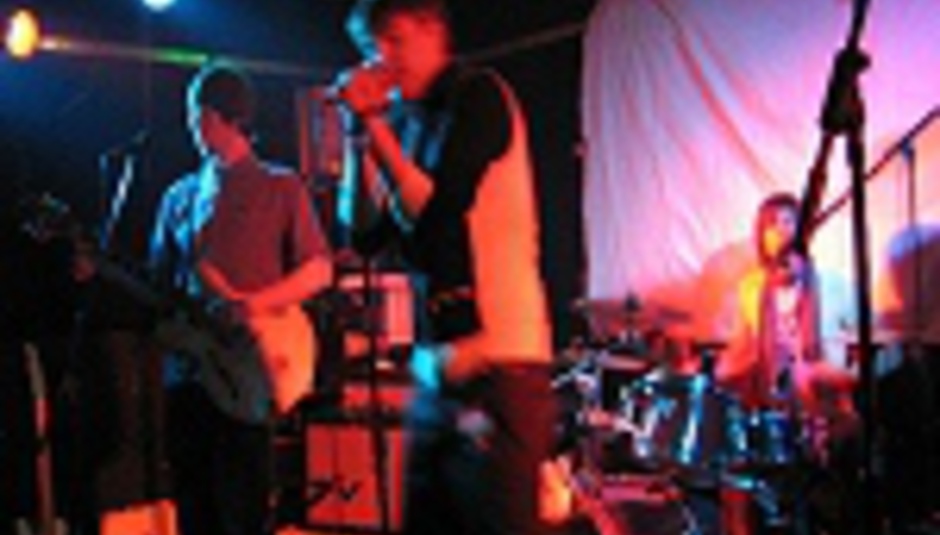 Following on from last month's explosive headline set of post-indie epic-ness from new DiS signings Redjetson, we’re keeping it in the family again this month with the Kaiser Chiefs, whose single we’re releasing at the start of May (already getting bigged up by the NME and Lamacq, amongst others). Cheap entry is available to all DiS readers. Come along, discover some great new music... details are as follows...

KAISER CHIEFS
www.kaiserchiefs.co.uk
The new kings of classic slightly-eccentric British pop? From Leeds.
“…new wave weirdness from Leeds that sounds like Franz Ferdinand covering The Clash's ‘Rock The Casbah'. On a bouncy castle.” – NME
“…we're hopelessly in love with the Kaiser Chiefs… sound tighter than a member of S Club 8, energy like a toddler after too many Smarties, rumbling bass lines, vocals that shift from biting to melodic in the blink of an eye, the obligatory beepy noises..” – This is Fake Diy
“…neurotic, edgy Brit alt-pop… hooked after three plays. I’m so predictable, me.” – Steve Lamacq
Debut Single ‘Oh My God’ Released May 3rd on Drowned in Sound Recordings. Onstage 10PM

+ TRICKY NIXON
www.trickynixon.co.uk
Manchester via Wales indie-pop four-piece.
“…tunes what Cobain would have written if he'd been on happy drugs.” – Drowned in Sound
“…similar to Easyworld's earlier singles, only packing twice the punch and about four times the tune” – Do Something Pretty
“…comparisons to both Foo Fighters and Dandy Warhols means they can't go too wrong amongst today's music scene.” – LOGO
Onstage 8PM.

Thanks to all the regulars we've spotted at these and previous DiS adventures. Your support doesn't go unnoticed.

DiScuss: What did you think to the first two? See you there for this one?