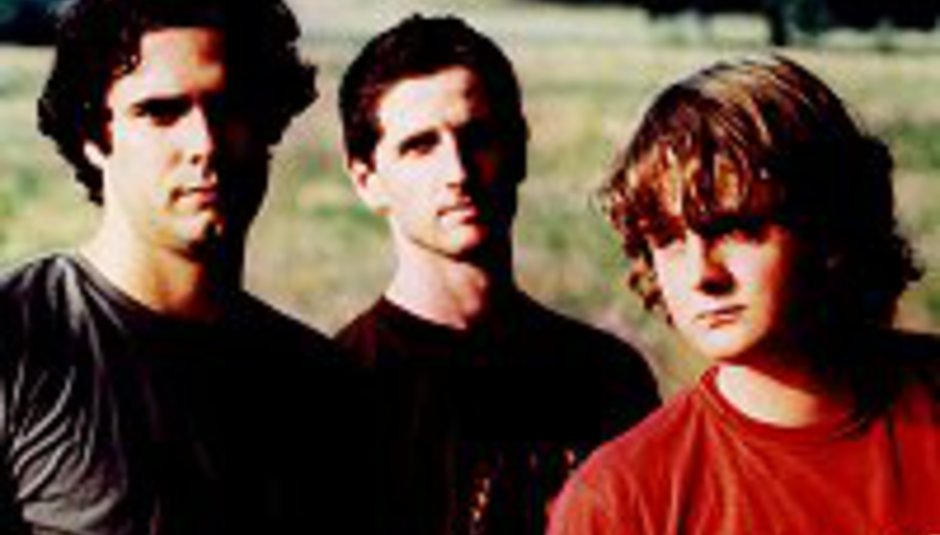 by Anthony Gibbons February 15th, 2004
Face it - Keane are going to be huge. DiS first picked up on them way back in 2001 (when they were "guitar-driven indie", apparently!) before predicting big things for the band last April. Now, with their ace new single ‘Somewhere Only We Know’ garnering critical praise and nationwide airplay, a sold out headline tour, a forthcoming support tour with Travis, and a rumoured Glastonbury appearance, and it looks like we were right. Here’s another prediction for you: in May this year, Keane’s debut album 'Hopes And Fears' will soar into the Top 10, stay there all year before disappearing in a blizzard of award nominations, the band will vanish on a worldwide arena sized tour, populated by celebrity ‘friends’, and they’ll all get new super model girlfriends. Possibly.

We thought we’d better catch up with them. So, DiS rolled up at Northampton’s Soundhaus, chatted up the promoter (thanks Neil), sweet talked the tour manager (Stuart, lovely bloke, looks a bit like Richard Stilgoe) and had a chat with chief songwriter Tim Rice-Oxley (he's the one one the left hand side of the photo in the brown-ish t-shirt). Here’s what he had to say...

DiS: How did Keane get together?

"We’ve know each other our whole lives and we were really into music and decided to give it a go ourselves back in the mid 1990s. We weren’t very good... possibly because of my singing. We asked Tom (Chaplin, Keane frontman) to join, who was an old friend, and did our first gig proper in 1998 at the Hope & Anchor (Islington, London) which went down very well but probably because all our friends turned up."

DiS saw you play at this very venue last May, we were supposed to be going to see The Kills next door but we changed our mind when we heard Tom’s amazing voice. Where did he learn to sing? Can you be taught to sing that well?

"I’m sure you can be taught how to sing, it’s something I’ve always been meaning to do! No, you have to have a natural gift to reach that other level of I dunno richness. He’s not had that much in the way of training. I remember when he was quite a lot younger that he was always strutting around pretending to be Freddie Mercury, doing lots of flamboyant singing so I guess when you do that for enough years you get to be quite good at it yourself!"

Who actually writes the songs?

"I write the songs which is something I love doing. We’re very much a band who base everything we do in honesty and things we see around us and things we’ve experienced as people because we’ve known each other our whole lives, we’ve shared so much and we’re still sharing so much as we go on the road. Spending so much time with each other, you act as one person so the things I try and write about our things we all understand, felt or experienced. I write a lot about the things that Tom knows, and we know each other so well that I speak through him and he speaks through me."

What's your new single, ‘Somewhere Only We Know’, about?

"It’s a song I really love. I suppose it’s about taking comfort and strength from memories, a place or an experience you’ve shared with someone else. So, whoever’s listening to it will hopefully think about something or someone that is that special place."

The video is brilliant, especially the cute little aliens. Who directed it?

"A friend of ours Coren Hardy, a very talented guy who’s just done a short film called ‘Butterfly’ which is entirely animated and he basically wrote and drew it all himself. For the video, Coren had this whole idea about trying to capture a magical place. He had this particular spot in mind which was a little mill pond in the middle of nowhere, and it had to be dark, so we ended up filming in the middle of the night in December which was extremely cold!"

What can we expect from your debut album, ‘Hopes And Fears’?

"It’s not completely finished yet but ‘Somewhere Only We Know’ is a pretty reasonable guide for what direction the albums going to take. We feel quite confident that there’s no filler on there, I mean we’ve had our whole lives so far to write it. There’s nothing on there we’re not happy with and we feel the songs are really strong, really passionate and emotional and we’ve tried to get everything about ourselves on the record. I love the way it sounds, it’s very clear and very powerful. We’re really excited about it."

Some of the comments on the DiS message board perceive you to be too indie and not rock ‘n’ roll enough. What do you think about that?

"To be honest I like it when people call us an indie band. The word ‘indie’ doesn’t mean what it used to mean, and we’re not a rock band with loads of loud guitars but anyone who sees us live will hear we are quite loud with a few pounding, rocky songs. I don’t think we’re a shoegazing, ponderous band: we like to be concise and get to the point. A few years ago we where a bit more indie and our songs tended to ramble on for about five minutes and have about three guitar solos. I remember my girlfriend saying to me at the time, "You can’t dance to your songs" which I was really offended by but she was absolutely right. From that moment on I thought we had to get people’s heads nodding, feet tapping and get people jumping around and hopefully if you can come and see us now that will happen."

What’s the worst question you’ve been asked in an interview apart from “Dude, where’s your guitar?!”

""Dude where's your guitar?!". We do get asked quite a lot about the guitar thing which is understandable. We’ve just never thought about it, we’ve never thought "Oh let’s not have a guitarist". I wanted to get back to playing piano rather than bass and we realised we loved the sound we were making and we didn’t want to get someone else in for the sake of it."

What does the future hold for Keane?

"In the short term we’ll be touring all year, as long as we can find people willing to listen! It’s very uncertain though, it’s always uncertain being in band because you don’t know if people will like your stuff. I think we know also the more you tip someone the more they’re likely to crash and burn. I think we’re going to just ignore the hype and get on with it."