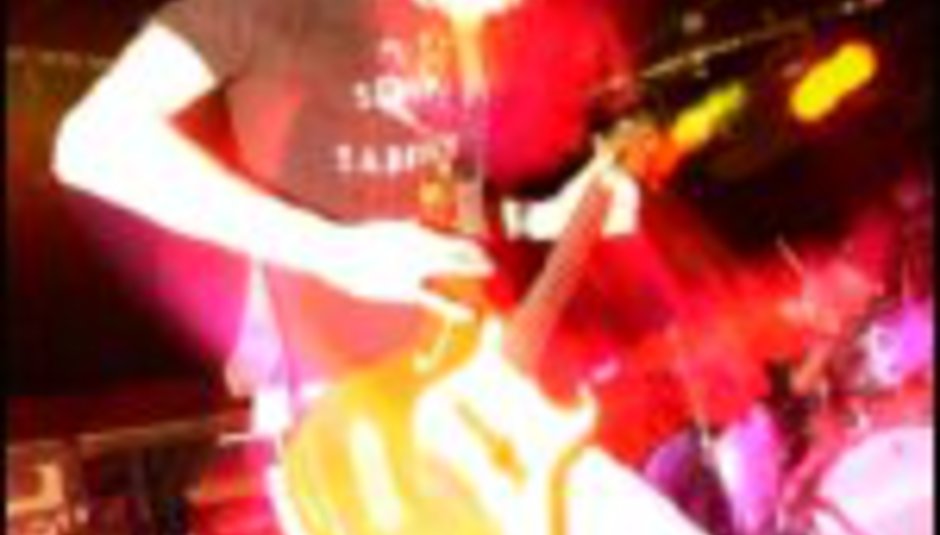 For your gig-going entertainment, we recommend you come along and check three of the finest live bands under the sun right now!

From Norway, the much-talked about Jagger-fronting-Ramones-playing-stadiums-like rockers Span, return to the UK to promote their debut album 'Mass Distraction', released Feb 16th, preceeded by the single 'Don't Think the Way They Do' which is currently doing the rounds in the Music Channels, especially co-tour-sponsors Scuzz. Sadly, we can confirm the band lost bass player Wes Stavnes on the eve of this tour for "personal reasons". He has been replaced immediately by Kim Nordbaek. He has been rehearsing in London all week with the band and was thrown straight in at the deep-end on Saturday in Exeter. Kim was a Span fan and a student this time last week, one week on and he's packed that in and is a fully fledged member of one of his favourite bands. span.mu.

Support comes from one of our big tips for 2004, they're also Lamacq-faves and you may have seen them at our Xmas party. They are Bloc Party, four lads from London who play what can simply be called punk-funk, but there's a lot more to it than that. They release their debut single as a 7" in Feb. blocparty.com.

And a new addition to the tour is Brighton's angular noize-makers Kill Kenada, who fans of Biffy Clyro through Sonic Youth should really check out. They release an album on Stroke-producer Gordon Raphael's shoplifterrecords.co.uk.

And the dates are...

DiScuss: Which show are you going to? Been to a show, write your review beneath here... Who do you think should be doing our next DiS-Recommended tour?