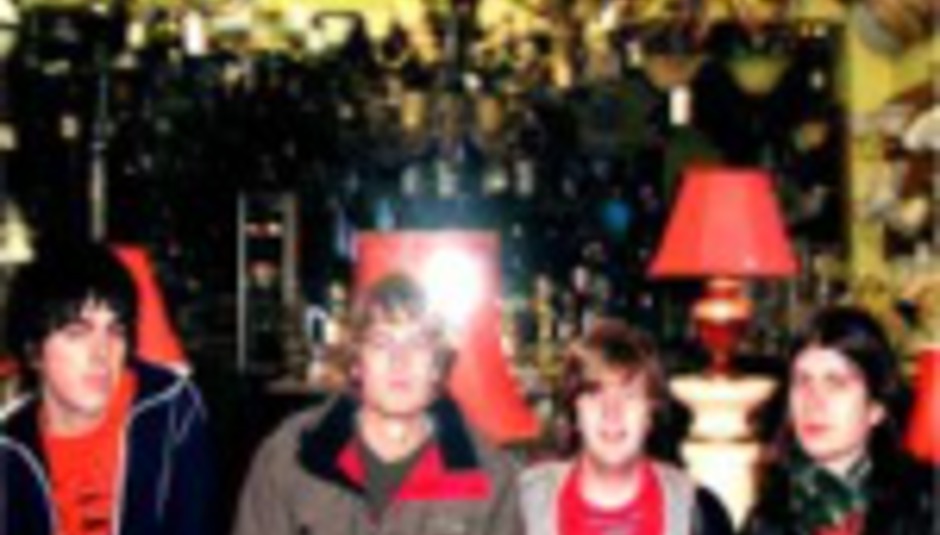 by Gareth Dobson December 16th, 2003
Distophia: It's a refreshing sound. It's noiseniks that look back not to the Stones, the Troggs or the Trolls, or indeed chunkypunkyfunky spike pop. But beautiful, dischordant skronkular noise akin to Sonic Youth playing poke-the-thumb-in-the-eye with J Mascis. Class.

When DiS first spotted these Midlandic tykes trashing themselves on a Camden stage in April this year they were largely faced by confused, military jacket-wearing Landan rogues. Undeterred by this (thankful) lack of messianic greeting they set about quietly recording their debut opus.

Fast forward six months; when 'Soda Lake' appeared on our unassuming desks, it was at the base of a wave of organic hype that was predicated by heady gigs, sore thumb rock and a word of mouth founded around love and passion for new-nu-alt.ork rock. Better than that, when the band did reappear with their CD in the fall of '03 there was a sudden sense of them being so much better than before. A happy coincidence? Or simply a case of what happens when you leave a new band be and let them stew alone in their angular juices? Whatever, the Distophia gang now find themselves gaging top-level reviews in the weeklies (8/10 in the NME par example), and excited radio plays from the dons (Lamacq, a number of times on Radios 1 and 6).

And we reckon it's just the beginning. Why? Because Distophia remind us of listening to John Peel as he played selected highlights from the second stage at Reading '93. Bliss.

If you want to know Ms Nunn's thoughts on 'Soda Lake', check here.

We'll also be getting some words from these boys in the near future. Because you deserve it.