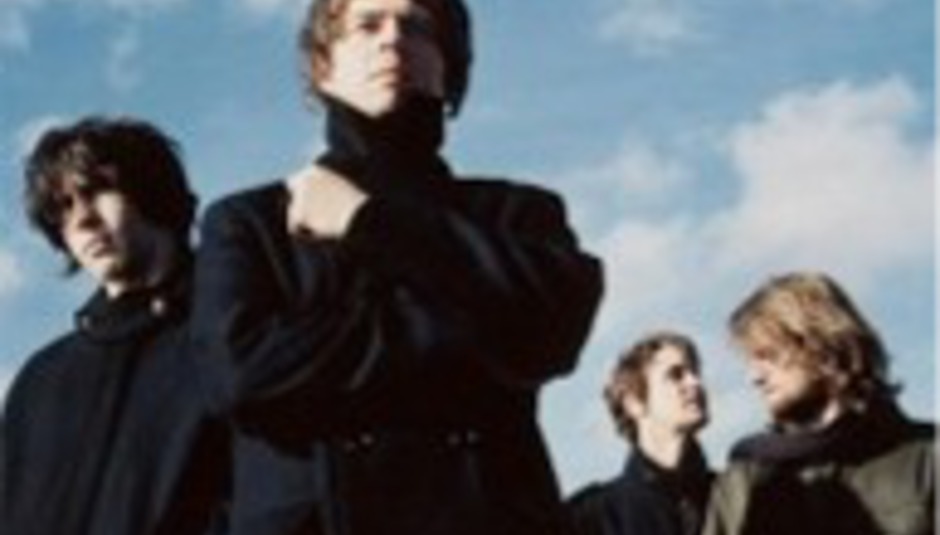 by Gareth Dobson November 25th, 2003
The Open are five earnest young men who're looking to re-arrange the celestial constellations via epic guitar pop. Congregating in Liverpool via far-flung corners of the North West of England, the band set about rehearsing in a small bedroom in a terraced house in the Mersey suburbs, occasionally popping out to play only a handful of gigs (with the likes of The Coral and The Thrills). When courting the record company world, it was in their bedroom that they stayed, letting slavering A&R men come to them and watch them in their own territory. The ploy worked extremely well as The Open had a number of offers to consider before finally settled with James Oldham's nascent Loog Records label. Of course, the reason why they drew so much attention was that when they played, they made a godly racket of wonderful, vast melancholic-yet-uplifting rock, all swirling keyboards and coruscating guitars. The Open are both breathtaking a breath of fresh air...

The band released their first record ('Never Enough';) via Loog last week (November 17th), and it's expected that the band will have a very fruitful 2004. That's when they actually decide to come down to London and play…

We chucked some stock Q&As for The Open, and here were their replies…

1) What led you to getting signed?
(i) Having great songs.
(ii) Doing our own thing.
(iii) Practicing hard every day.

2) Why did you sign to Loog Records?
Because we met James and he got it straight away. We got on with it, and he allowed us full artistic control. We can also send him weird compilation videos which freak him out... he doesn't know we send him them.

3) What effect is your music going to have on people?
They will feel that that the music is real and about the things that matter.

4) Where do you see music in general going in the next six months?
We're glad to see guitar music back, hopefully wiping all the manufactured pop shite away. It would be great to see more bands doing their own thing without the obvious scenes.

5) What's going down with you between now and spring?
We're recording our album and playing dates.

6) Do you have sex to your own music?
Every night, on our own.

With The Duke Spirit