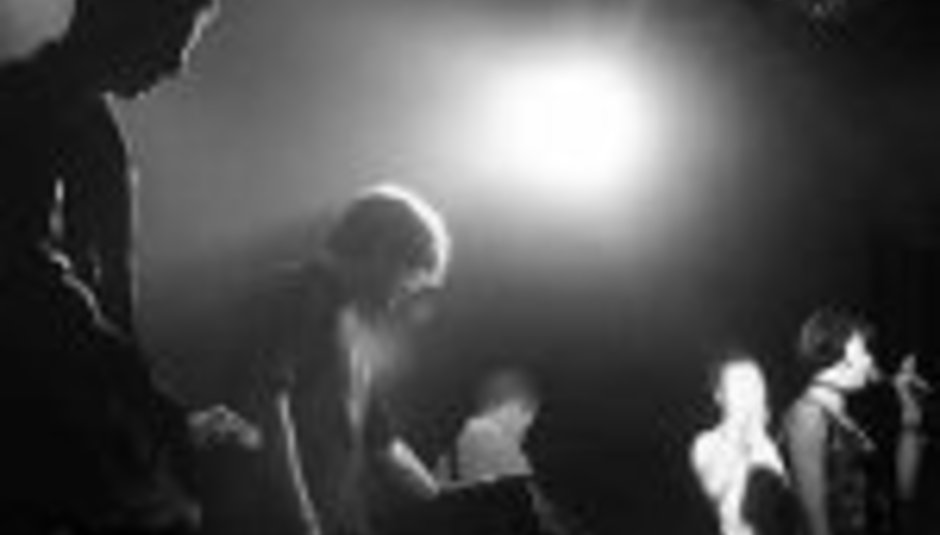 Hello, hello, welcome to November. Jesus, it's cold, isn't it?

We have gigs and tours to talk about as usual.

Firstly, us here folks at DiS are sponsoring a tour for those rocking fellas who make up Seachange. Newly signed to Matador, the ace-ly influential label who gave us Guided By Voices, Cat Power, Interpol et al, Seachange are '... a face off between Trail of Dead and REM.... what should be chaos is furious beauty, and what should be confusion is controlled genius.' Or at least that's what The Fly magazine said... we'll have to agree there.

Nottingham's finest violin-adorning art-rockers will be rolling out the shonky van in support of their debut label release the 'Glitterball EP' which is out on Monday, November 24th. Catch our Spitz London Party that day. It'll rock.

Slightly before that, on Monday 17th November, at the Bar Academy, Islington N1 (one of those new Carling gaffs) we have the pant-shattering post-rock thrills of

with a long late license and clever indie/other stuff disco affair afterwards. You can buy tickets (£5 in advance) for that at www.ticketweb.co.uk or from the Islington Academy Box Office.

Hopefully we'll be doing a few more gigs there in the future, as it's a rather good place with nice sounds and sights, including in December, our first in a monthly series of :Core nights, as curated by Hardcore editor Mat Hocking.

As well as that, the mighty Jetplane Landing continue the Never Ending Tour Of Britain

And over in Ipswich on Friday 21st, we have the first of a series of collaborations with Corndog Records at the Drum & Monkey. This month heralds