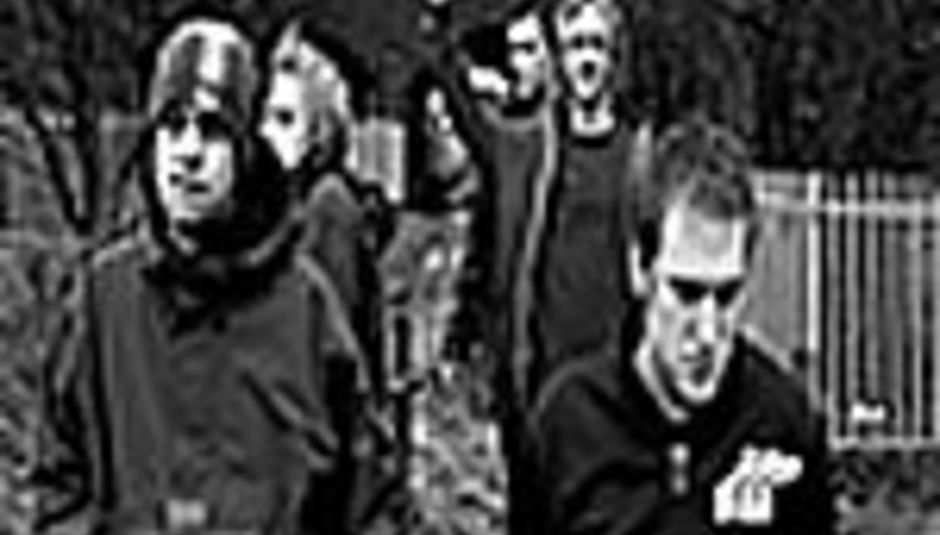 On the way home from Manchester’s ‘In The City’, I got this text message: “Don’t forget to put in the bit when Trev wiped his nut sack and rubbed it on my lips. Increase the peace. Ben.” Let me explain…

Trev & Ben are the guitarist and bassist respectively of Cambridgeshire’s unsigned hopefuls Street Regal. Completing the line up are frontman Guy, drummer Paul and keyboardist Waller. Street Regal are a blizzard of hair and gonzoid looks fuelled by whiskey, weed, women and rock ‘n’ roll. They invited me to Manchester’s ‘Break In The City’, a fringe event of 'In The City' organised by The Band Agency, a national network dedicated to promoting unsigned talent. Here they insisted on calling me ‘Steve’ all weekend; ate chilli & curry; drank and smoked themselves stupid; met Mani, John Squire and Guigsy at a reggae gig; were stalked by two female German music journalists; and were hugged by Mr ‘Fierce Panda’ himself, Simon Williams. Oh yeah and they managed to find time to play two explosive gigs, one at ‘Gullivers’ in Oldham Street (where Guy made lewd comments about the 40 something bar maid), and one in a shopping mall on a Saturday afternoon to confused shoppers, a Sony A&R man, and a reporter from ‘The Morning Star’.

Street Regal all grew up together in sleepy St Neots with the exception of Ben, who modestly describes himself as, “The best shag this side of the Pennies”. Despite his best efforts, I didn’t get to find out if this is true. Neither did I find out if Waller really has stitches on his bollocks. I also haven’t seen any of Trev and Paul’s woodwork – both are trained carpenters. Nor have I experienced Guy’s special cheese on toast. He’d been out one New Year celebrating a friend’s birthday when he decided dope and cheese on toast was a a good idea. It was a recipe unlikely to find its way into the next Jamie Oliver cookbook: "It was like someone had opened up my head, scooped out my brain and threw it towards the moon. I was shivering like fuck. I thought I was dying."

Guy’s culinary adventures also include being "Breast-fed on David Bowie." Christ! ‘The Thin White Duke’ lactates! Thankfully he’s talking about musical influences: Guy’s a massive Nirvana fan, "Nirvana saved the whole world from poodle perms. They saved everyone at that time." Trev really digs The Rolling Stones, for Ben it’s Bob Dylan & The Stone Roses, while Paul "Loves all the old rock bands like Led Zepplin, Black Sabbath..." Waller meanwhile kills his street cred dead by professing a love of Jeff Lynne’s ‘War Of The Worlds’. "It’s either that or Jean Michel Jarre," argues Waller "He’s a bit of a wanker really."

Despite such disparate musical influences, Street Regal are incredibly close. Underneath the slightly laddish exterior, they look out for each other, are disarmingly honest, and aren’t afraid to show their feelings. Guy says "If you don’t have an argument with someone you ain’t there mate. You’ve got to be emotional."

Street Regal are very focused about what they want. "I don’t want to stay in St Neots scrounging a living for the rest of my life," states Guy, "We all sit here saying "We’re in this band for the love of the music" but some money would be nice." Guy argues that "We’re fucking hungrier now than we’ve ever been... big time... When it does happen we’re going to rip into everything." All I can say to that is watch out world... This interview originally appeared on the Cambridge fanzine website, 'Repeat'. Thank you.