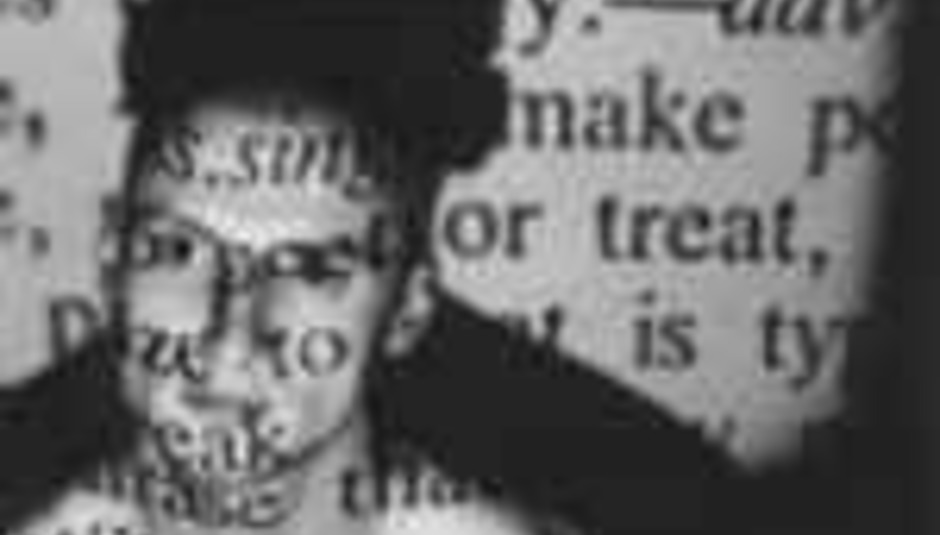 by Sean Adams April 14th, 2001
[The sound of an acoustic geetar, casually strolling into your world] “In the beginning as the earth started spinning, cooling down, in a system surrounding other planets…” What a way to introduce yourself on a debut album! The albums title track ‘Picture That’ a summary of the evolution of the world in 4minutes and 51seconds, black holes and capitalism included.

Allow this question to enter your mind without knowing anymore: ‘Who is this?’

“Kai Motta is an individual who, over the last three years, found the right musicians to help convey his message.” Welcome. Welcome one and all to the beginning of the next period of enlightenment. Or at least welcome him into your claustrophobic realm with your ears open enough to channel the thoughts and sounds into your frontal lobe then onward to your hearts. You should. Believe me.

I know you feel like you’ve heard this said, with more honesty and conviction before. Maybe a hundred times. Maybe more. People were saying it years ago about Captain Beefheart, Bowie and some guy called Bob Dylan. One guy who changed the ways millions of people think. One guy who Kai could easily be compared to.

“I don’t consider myself a clone of Dylan anymore than he of Woody Guthrie, than Bill Hicks of Lenny Bruce, than Bukowski of John Fante, than Eddie Murphy of Richard Pryor, than Georgie Fame of Mose Allison, than Van Morrison of Ray Charles, than Cannabis of Rakim.” The way I see it is that each of those people took something from their inspiration and took another evolutionary turn from what they loved. Kai is simply bringing his love through his soul, for people like me and people like you. It seems that way anyway. But then when you ask what are your musical influences?” that logic is pounded out the door with two broken legs. “ Bill Hicks, John Fante, Lenny Bruce, George Orwell, Mark Thomas, John Steinbeck, Charles Bukowski, Henry Miller, Woody Allen, Fyodor Dostoyevski, Albert Camus, Knut Hamsun, Noam Chomsky, John Pilger. Man and the world, history, politics, culture, philosophy, psychology, war, religion, Jackson Pollock, Picasso….”. It’s even more perplexing to think Kai is only 23.

I doubt there are many 23year olds in London, when questioned about their ideals would say “I believe if I can eat, sleep well, go to work, have a roof over my head, buy a book when I want it, and go out for a meal, there should be no reason why another should have less than this.” That is a sentiment which is handed to the world on a recycled paper plate in ‘City with no heart’. “That song is about London and it’s inherent danger,” remarks Kai with the assumption that the danger is obvious enough to not give it a second thought that it needs explaining. Which it doesn’t!

” I’m not asking anyone to join me or lead me or follow. I’m letting them know there’s more than meets the eye. Leaders in my opinion are bad. Each of us has the capacity to know what’s right from wrong based on the principle that ‘anything goes as long as doesn’t infringe on others’ and when it does, the situation needs to be re-assessed. Revolutions, to me, are a difficult subject as they’re relative to those oppressed, who the oppressor is and how the oppressing is being done. I can’t speak for the East Timorese and say the only revolution should be inside our conscience because I’m not an East Timorese native being oppressed and don’t know how I would react in those circumstances. But for us in the West a revolution in the conscience would help them out. I personally feel Ghandi’s way was the best kind. Non-violent non co-operation. But this could lead into other arguments, so I’ll stop here. I’m not a leader. I just feel it’s my duty to say these things if I feel them and show others who may feel this way that they are not alone and shouldn’t fear being outspoken.”

Kai, what do you think the world will like in 50 years? ” I hate to think about it. Frightening. Full of millions of brainwashed, indoctrinated people living in poverty with desires way out of control for only materialistic fulfilment and not a sign of spiritual fulfilment themselves. Everybody worshipping the new GOD. Money.”

And to right this? “It’s obvious I have a message and through music I’m trying to get people to hear it and like I’ve been inspired by Dylan and Bill Hicks like they were inspired by Guthrie or Lenny Bruce hopefully people will be inspired by me and start looking at the world from a different angle, not just the one they’ve been taught to look from.”

How would you summarise your music? “My music is a combination of primarily folk and hip-hop with other elements of musical sources and genres mixed in. A working title for it is ‘Hip Folk ’ as folk and hip-hop are synonymous in the way that they were both musical mediums for the people to vent their ideas, ways of perception about the politics of their epoch. So I guess through blending the two I have come to this point so far.”

When asked about cornerstones of influence, he said: “Here’s two books:
‘1933 Was a Bad Year’ by John Fante. This is the best book I’ve ever read simply due to it’s conciseness and the tale. The author has the ability to get you to feel many different emotions, look back at your own childhood and grab the feelings of a child perfectly put it all on page. The ending is perfect. Knocks you for six. He’s able to give a great insight into his family, it’s religion and is all done on 100 pages or so. Some may have used 400 pages with superfluous words but not Fante. It’s not political by any means but you can see it’s come from the heart and is sincere. In my opinion it should be taught on all book writing courses on how to write a novel. As absurd as a book writing class is.
‘Post Office’ by Charles Bukowski. I simply relate to this just for the way he looks at the banality of employment and it’s everyday struggle.”

Apart from books. Favourite film? ” 12 Angry Men. It has a good narrative. It makes you think, it’s intelligent. Has actors that can act.”

And your favourite album? “Blood on the Tracks by Bob Dylan. It’s just sheer beauty. Self-expressive. Superbly written. A masterpiece. From the heart. Every track works.”

So there you have it, Kai Motta in around 1,000 words. Although, the question you should of thought for yourself earlier and asked ‘Who am I and why am I here?’ because the answers are yours to find. ’Picture that’ would be a good first step into the upcoming age of englightenment for you and the rest of the world. Promise.