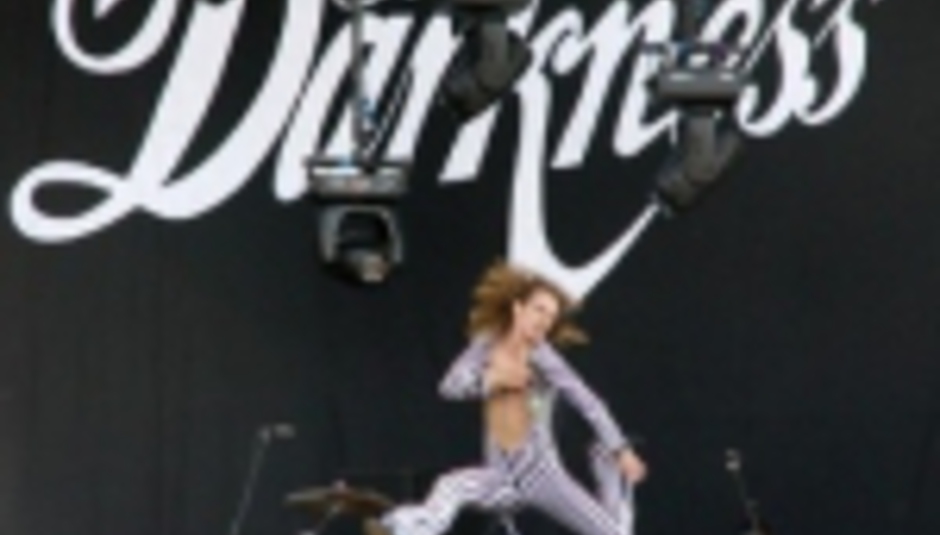 It only seems like yesterday when America had taken over the world. Our shores were rammed with Nicklecracks and Puddle of Crudds and Stainds. It wasn't so long ago either that Feeder were as big a flop in America as Robbie Williams. But has all this changed? You decide.

DiS has picked SEVEN of the best rock records this country has to offer, and gives a cheeky poke in the eye for every Saves the Day and Metallica rockbomb the yanks have thrown at us in recent times...

We ask: Are we experiencing a renaissance? Are british guitar bands finally back on top? Is this the start of a fight back against America? MUSE Absolution
...They flogged 2million copies of their last album and this went straight in at number 1 in the album charts.
We said: "...As the possibility of any band coming forward to better them disappears faster than the last ‘revolutionary’ garage rock act, we're left to salute them as the best rock band of our generation. So scream for the guitar album of the year and sing for Absolution."
Read: Our Review / Hear: XFM Session + Interview THE COOPER TEMPLE CLAUSE Kick Up the Fire and Let The Flames Break Loose
...Album two from a band DiS-tipped and put on a show for, when all they had was a demo. Look at 'em now, covers of magazines, festivals and bigger, badder, higher hair.
It sounds like: "As a record, it runs in two distinct halves. The first, 'rockier' half; full of riffs to break bar-stools to, and choruslines to pretend you too, are Eric Cartman rubbing your balls with sandpaper; (Gautrey's lost none of his grit), and the spacey, 'weirder' half. Where Radiohead would decide on their funny time signature before writing a song round it, Kick Up The Fire... flexes its electronica and trippy, often indie-dustrial fusion of beats and ideas."
Read: Our Review / See: Official Site Vids and Interviews FUNERAL FOR A FRIEND Casually Dressed And Deep in Conversation
...This baby hasn't even landed yet but its already set to be one of the biggest rock records of the year, from a band we've been banging on about for ages.
It sounds like: "...the cream of the post-hardcore crop being taken for a ride down simple street, left to sweat, before revealing that dark sense of morbid humour pasted to a soundtrack of you're-going-to-remember-this-fucking-melody-if-we-have-to-spoonfeed-you-early-'Tallica-records-all-day."
Read: Our Review / Hear: BBC Wales Session BIFFY CLYRO Vertigo of Bliss
...Often referred to as the DiS pet band, we believe this lot are just a bit more special than most folks give 'em credit for. A true joy live too.
It sounds like: "...it’s a strangled mess of confusing angular car crash melodies with bones poking seemingly randomly from the bassy hum and the skin of the drums. Soft bits give way to barbaric screaming. And then back to sweet and innocent again. Schizo-Emo? "
Read: Our Review / See: 'Questions and Answers' (Video) SiKTH The Trees Are Dead And Dried Out, Wait For Something Wild
...One of those new british bands you simply cannot ignore because they're so darn interesting.
It sounds like: "...a tour through areas of the human mind; through feelings, emotions and experiences that are only ever frequented in extreme situations or by the clinically insane. Just as long as they steer clear of nu-metal melodies in tracks like ‘Peepshow’ then their title as kings of extreme UK hardcore will be well within their reach."
Read: Our Review / See: 'How May I Help You?' (Video) OCEANSIZE Effloresce
...One of those new british bands you simply cannot ignore because they're so darn interesting.
It sounds like: "...mantras emerge as magnificent editions of grandiose, swirling pity in ‘Amputee’, and sublimely dignified catharsis, lying amid masses of controlled distortion with ‘Catalyst’. The distinctly Tool-esque placid prog-metal of ‘You Wish’ can not go unnoticed as a certain propensity for soothing, then mauling, comes to the fore."
Read: Our Review / See: 'Catalyst' (Video) THE DARKNESS Permission to Land
...According to the media, 2003 is their year. According to the media, this band didn't really exist last year and were a bit of a joke amongst a certain publication. 2002 was really their year and here's the result. You know we're right. At the time of writing, this album has been selling in excess of 60,000 copies a week and has been in the top 10 of the album charts for longer than 70% of bands signed todays careers.
We said: "The Darkness are not the saviours of British rock... ‘Permission to Land’ takes all the Hoxton hype and blowholes it into a magnificent ball of purple power fire. It takes the Bowie meets Motley Crue to its logical resting place. Bowie in the sense of post pomp, let’s never think of Berlin again and Motley’s arrogant anthem pop machine without the fat guitarist."
Read: Our Review / Hear: Get Your Hands Off My Woman

DiScuss: Which is your favourite? What've we missed? What will be the british rock record of '04?