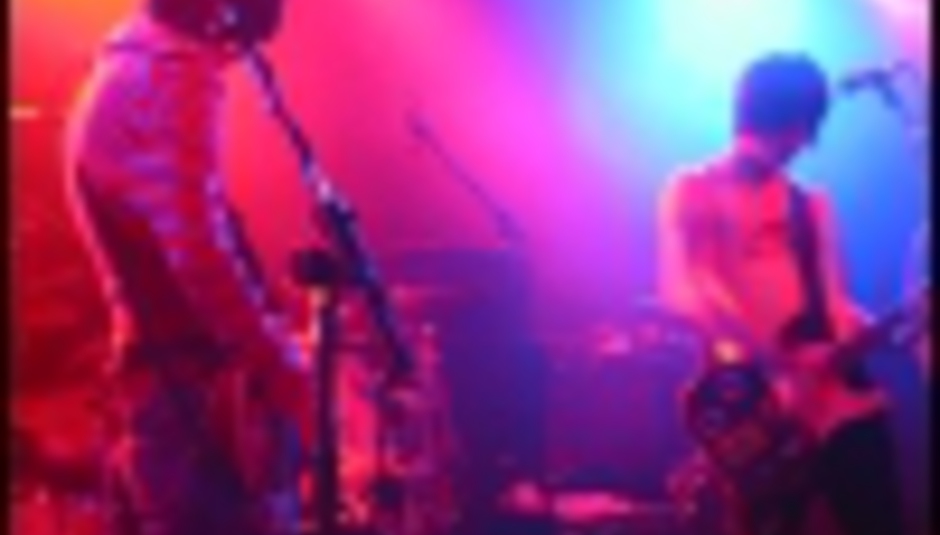 Friday 22nd August 2003 AKA Reading Festival Day 1/Leeds Festival Day 2 sees over 40 bands playing to tens of thousands real ticket buying people at, some say, is on balance the best festival of the year. Want to know what to see? Well we're here to help with our little lists of what we're planning on seeing, read on...

People moan about this stuff every year, 'worst lineup EVER' gets shouted even before the bands have been announced, if you want music buy a CD, if you want a proper festival go to Reading... Now, to see if I can salvage a few bands out of today's lineup (worst one ever y'know)

1. Carling Tent: Rocket Science, Razorlight, Franz Ferdinand, The Blueskins & Colour Of Fire
Look, I'm just going to hang out here for the first half of the day if that's ok by you? I mean I’ve got that big list of music TV channels on digital at home, I don't need to hang around the Main or Evening Session Stage to see that stuff, I'm hoping that something from this list will get the day started right. I'll be the combat-dressed guy with the cameras.

2. Main Stage: The Darkness
By this point I'll be feeling cynical, I'll be looking for people to trip over their own hype and vindictive soundmen to take bands down a peg or two... I might also be about to experience the best band of the Main Stage of the day... I mean, this is supposed to be the size of crowd they were always designed for...

3. Carling Tent:
Special Guest Sparta, The Black Keys & Mclusky
Oooh, the mystery of a Special Guest, that and the whole 'hanging around the Carling Stage' that I'm sure I'll do most of the weekend will go down well with the quality of bands lined up here. Also Mclusky had better not clash with The Darkness, that's DrownedinSound Crew split in two if it does...

Also not to be missed: Other than the Carling Stage which looks very strong today, I might just be spotted wandering over to The Polyphonic Spree, Linkin Park and Death In Vegas. Yeah, headliners the lot of them, but you've got to leave your options open. I might be feeling like a hippy cultist (unlikely) and see The 'Spree, my mood could have turned to rap-rock-pop (again, unlikely for long) I'll hit the main stage for some 'Park action, then again some dark techno might be the way to end the day (it usually is) - enter Death In Vegas...

1. Main Stage: Finch
It's American and sounds like Texas is the Reason. For fans of old (?) Hundred Reasons. It's more scrEamO, basically. And it's fucking beautiful.

2. Carling Tent: Colour Of Fire
These Yorkshire lads are horribly reminiscent of King Adora. Natch. Got the Placebo AND the Cooper crews following them around cos they're that damn pretty.

3. Dance Tent: Blackalicious
Alternative hip-hop not catered for the goddamned masses. The way it should be. They're American of course.

The day which is unquestionably positioned upon a podium of rather colourless, insipid aural delights is only just resuscitated from a yawndome coma of yawndome schmindie, corporate rock whores, torrid garage and dull electronica by a few shining, blazing illuminations. I almost fell into oblivion by just reading the line-up for chrissakes! No matter, drugs will be plentiful, people will be jolly and friends will snog and fumble.

1. Dance Arena:
My personal endeavours on the Friday will include the ultimate comedown paradigm of My Computer, soothing sore heads with their 'Vulnerabillia' LP.

3. Carling Tent:
Idiosyncrasies and incongruity always entice me wherever they may lurk, hence my next pick: Franz Ferdinand and also Mclusky. With any luck, Mclusky will fuck some serious hippy massacring shit up good and proper.

Also not to be missed: Next, on my list of bands I really oughta check out soonish, are The Black Keys, catapulting swirling Mussasappi (Ohio, actually) sex blues our direction inside The Carling Tent. The moment before I collapse from heat exhaustion and inebriation, I propose to lose myself in the shadowy, chilling ambience of New Yorkers Interpol and envisage myself back in some dark 80’s soundscape. Which will be nice.

1. The Carling Tent: The Black Keys The majority of us festival goers, and I’m not being ageist simply stating cold, hard fact, wouldn’t even have stood knee-high to a grasshopper when the likes of Free were storming festival stages. But oh! baby, with this bluesy Midwest two-piece you’d be hard pressed to decipher the difference. Drums. Guitar. What more do you need? If your lucky you’ll get just over half an hour of feedback-fuelled garage with funky, fat-backed beats. Oh! baby, indeed.

2. Dance Tent: Buck 65
Whatever happens, do not be afraid of the word ‘rap’. It may conjure images of hefty, NBA-cloaked dudes with gold dripping in rings round their necks, but Buck65 (a.k.a Rich Terfry) couldn’t be further from this image. No shooting or shouting. Highbrow hip-hop perhaps? Inspired by Anais Nin short stories and Tom Waits, with a tangible comparison to DJ Shadow. The highlight of my sunny, Sunday spent at the festival of Truck. He better not disappointment me (US) now!

3. Carling Tent: Franz Ferdinand
Lets go see what these ‘art-punk revolutionaries’ are really all about. Apparently, "those curmudgeons are armed with a crushing earnestness that’ll make you weep" (NME, 2 August 2003). I want to dislike them before I’ve even seen or heard them but I’m awfully intrigued all the same. And if I don’t like them? I guarantee you I could do a better Ian Curtis fist-clenched, elbows-locked stomp better than any of them!

And if you don't care much for our choices for the day, here's the full list of the day's lineup, any changes/updates that happen over the next few days will be faithfully reported in a last min print-out-and-keep festival update, as you know, the listings necklaces things are out of date the day they're printed.