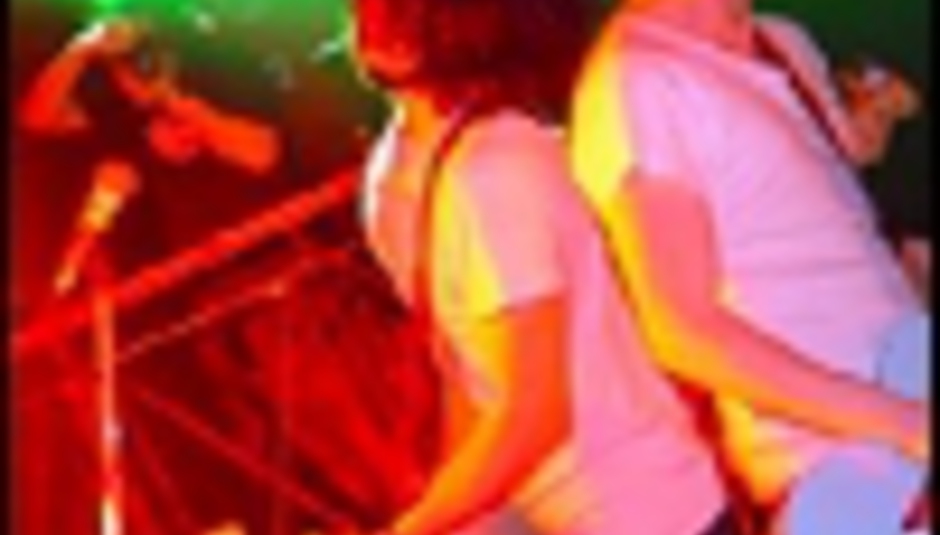 by Kate Price June 3rd, 2003
Aha! June's a busy one. The nights are getting longer and BBQ's are the taste of the moment. Alas, if you haven't spent all your money on festival tickets and need a night off the exam revision, here's our guide to what's good this month, including Cambridge, Derby, the Isle of Wight, Manchester, Nottingham, Plymouth, Portsmouth, Sheffield and Southampton.

CAMBRIDGE
Simon Baker
Gig of the Month: SPARKLEHORSE (The Junction – 10th)
Mark and his merry troupe bring their luscious take on indie and alt country to the Junction for the first time.
Also recommended #1: The Fever + Support (The Portland Arms - 16th)
Playing the Portland as part of their first UK tour, New York's The Fever play a venue that they will surely outgrow in the next couple of months. "Their set gives new meaning to being painfully in awe, but it's okay. It's soul, it's garage, it's loud and it's rock n'roll. It's high-energy, it's fun, and it's damn near brilliant!"
Also recommended #2: Torqamada + My Hi-Fi Sister (The Boat Race - June 12th)
Scottish rock pigs play with support from ex-members of Miss Black America (Neil and Mickey).
Other gigs: Big D and the Kids Table - Junction (25th), Mu-Ziq - Boat race (19th), Tribute to Nothing - Boat Race (10th), Cerys Matthews - Junction(24th), Kid606 - Boat Race (24th), Ulrich Schnauss - Portland Arms (4th).

DERBY
Kate Price
Gig of The Month: DEAD BY DAWN + THE REMOVALS + THE NEXT AUTUMN SOUNDTRACK (Raffles - 28th)
Yet another infamous alldayer showcase with some of the best new bands in Derby, headlined by city favourite metallers Dead By Dawn and hardcore kidz The Removals.
Also Recommended #1: Adom + Komakino + Pressure (Vic Inn - 17th)
New rock kids on the scene, Adom are causing a bit of a buzz at the moment and teamed with the citys favourite pretty indie boys, Komakino, could well be worth checking out.
Also Recommended #2: Twinkie (Vic Inn - 5th)
Unhinged and ever-so-slightly psychadelic music craziness from the daddy of cool music in Derby.
Other Gigs: Battleska +Fallout40 - Vic Inn (20th), Longview - Vic Inn (25th), Jesse James (Vic Inn - 25th).

MANCHESTER
Raziq Rauf
Gigs of The Month: DEFTONES (4th) & QUEENS OF THE STONE AGE (20th) (both Apollo)
My 2 favourite bands in the world still knocking about bring the metal and the desert rock respectively to Manchester Village.
Also Recommended #1: AIM (Ritz - 15th)
10man lofi hiphop combo come back to do their only Northern date of this tour in their home
Also Recommended #2: Fu Manchu (Uni A2 - 6th)
More superheavy desert rock in the heavier than QotSA mould.
Other Gigs: AFI - Uni A1 (7th), Biffy Clyro - Uni A3 (8th), Jason Mraz [check out the cool name!!] - Uni A3 (8th), Span/Crackout - Roadhouse (15th), Bon Jovi - Old Trafford (26th).

SHEFFIELD
Kate Price
Gig of The Month: THE ANDROIDS + THE KOREANS (Leadmill - 25th)
Ok, ok, you all know about the Androids yadda yadda do it with Madonna blah blah and y'know they're gonna be fun and it's all gonna be lighthearted and smiley. What you might not know is that the support band, The Koreans are fucking excellent. We love them, we're even putting out their single and we think you should definately see them on their first major tour - even if just so you can be smug about it when they get huge.
Also Recommended #1: Jet (Leadmill - 7nd)
Jet seem to be on the tip of every tongue "in-the-know" right now. Rivals for the Datsuns and every other Stooges/Ramones inspired band causing a stir of late, what have Jet got that's unique?
Also Recommended #2: Cursive + Fosca (Casbah - 16rd)
The Casbah is the best ROCK venue in Sheffield; FACT, and Cursive ROCK. Perfection!
Other Gigs: Tommy Binks - Grapes (4th), Bhuna + The Sound - Deep End (5th), Elviss - Fuzz Club (5th), OK:GO - Leadmill (8th), The Kills - Leadmill (14th), The Coral - Leadmill (18th), Felony 7 + FiLo Radio - Casbah (19th), 3 Stages of Pain - Corperation (20th), Cosmic Rough Riders - Leadmill (21st), Monkey Bou - Casbah (23rd), Anthrax - Leadmill (30th).