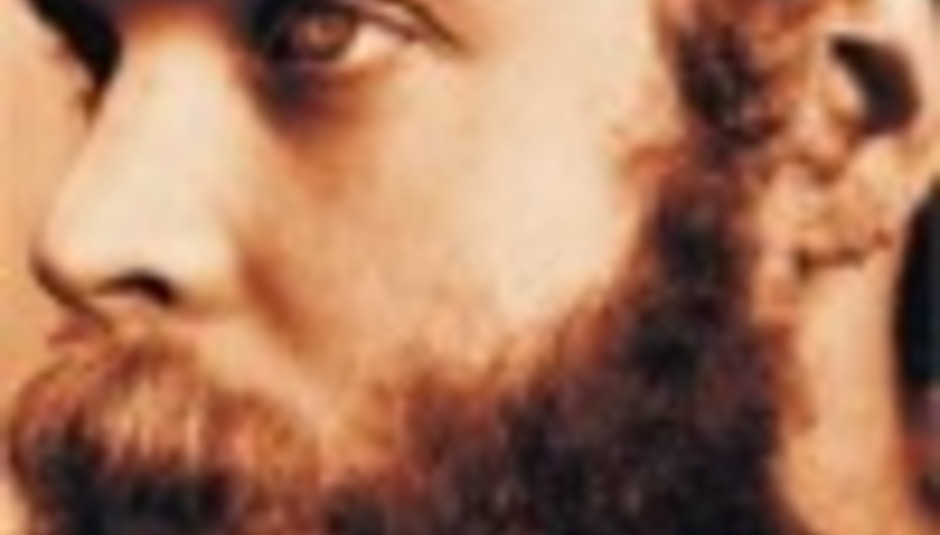 by Sean Adams May 18th, 2003
What're the best records of the year so far? Plus save some cashola buying 'em...

The folks over at TowerRecords.co.uk, whom we link to on all our band profiles (and get a small affiliate % from sales towards some of our costs), have a new promotion. Basically all you do is sign up to their mailing list and they give you a £3 gift voucher to spend in their store.

We thought with a third of 2003 gone, this would be as good a time as any to do a run down of the records we've loved so far this year; partly so we can highlight the records we love and also so you have a rough idea what to use your discount on.

If you don't trust us and wanna skip straight to getting your £3 from TowerRecords.co.uk CLICK HERE.

Drowned in Sound : Albums of the Year, So Far..
...in no particular order! Cat Power : You Are Free (Review)
All fourteen songs from 'You are Free', have separate qualities to the next, but they're all layered with [Chan] Marshall's whisky-spiked coffee flavoured vocals over violins, guitars, dreamy piano. This record also features some drums from Dave Grohl and some vocals from Eddie Vedder.
Video: 'He War' Blood Brothers : ...Burn, Piano Island, Burn (Review)
This deserves to be flushed into every corner of our nation’s pop sensibility. They've half inched all the crazy, out of sync noises of At The Drive In and Drive Like Jehu and taken 'em for a journey through the backstreets of their arty, DIY squatted, 24 hour taxi driver, scabby underworld.
Audio: 'Ambulance vs Ambulance' Four Tet : Rounds (Review)
...yet another great record on Domino. Mixing all manner of instruments ranging from harmonica, guitar, harp, synth, drum beats and piano to a squeezy toy. Mixing snippets of Tortoise at their most extreme, The Microphones at their most haunting and Low at their most beautiful.
Video: 'She Moves She' Various Artists : The Fire This Time (Review)
Electronica Compilation. Dedicated to, amongst others, the memory of "the estimated 1.5 million Iraqis killed by the US led bombing and sanctions in the years 1990-2001."
Double-CD featuring Aphex Twin, Orbital, Pan Sonic and lots more.
Website: firethistime.org The Roots : Phrenology (Review)
Similar to the work of Justin Timberlake/Neptunes and Missy Elliot’s recent remember-the-good-‘ol-days-of-hip-hop? dewy-eyed reminiscences. Rather than stylised revivalism, this ingeniously reconfigures a myriad of retro musical templates into something thoroughly fresh, vital and vividly modern.
Audio: Album Sampler The Postal Service : Give Up (Review)
Featuring DNTEL's blip-pop electro-genius Jimmy Tamborello, and Benjamin Gibbard – bard of backpack-wearing broken-heart balladry and Death Cab For Cutie's poet laureate for the state of sadness. Mangling the myth that electronica can't be emotional, moving and human. First Class.
Audio: 'Such Great Heights' Dandy Warhols : Welcome To the Monkey House (Review)
Feel-good parties in the woods with fire-walking, head-swaying and bill’n’ben’n’weed is juxtaposed perfectly with stonadelica explorations into comedown and scruffy converse wanderings in shoe-gazing cyber-space. Plus breathy love songs and summer anthems. Dandys STILL Rule OK!
Video: 'We Used To Be Friends' Maximillian Hecker : Rose (Review)
...a work of quiet, pouty, poetry in motion. Pure genius. Whereas the debut 'Infinite Love Songs' was a lake lit by moonlight, 'Rose' is encircled by candlelight and fireflies, and dizzied by repetitive Virgin Suicide viewings. Blessed be: the nihilist, the philosopher, the insomniac, the tortured soul.
Video: 'Fool' Mínus : Halldór Laxness (Review)
While their earlier work exhibited signs of rasping hardcore, this points to an art-flooded stuttering swagger of tortured unfulfilment and the Iggy Pop in them is now shining through.
These Icelandic noizemongers were seen on the DiS tour with Oceansize.
Interview: "..we're no Jesus Band!" Arab Strap : Monday at the Hug & Pint (Review)
...this record surpasses their last effort. The band has somehow managed to capture even more beauty, anguish and bitterness in each note and every mumbled sentence. Members of Mogwai and Conor Oberst also contribute to this beautiful brute of a record.
Audio: 'Who Named the Days?' The Warlocks : Phoenix (Review)
...light years above the yada-yada blues rock riffola that's currently doing the rounds. A lazy-vocalled, droning sleaze-fest of drawn out, drugged up feedback in Bohemia. Music to strut to, music to smoke something other than cigarettes to. And it’s got Spacemen 3 written all over it.
Video: 'Baby Blue' Evan Dando : Baby I'm Bored (Review)
Sweet rock acoustica! The songs you've fantasised Evan fawning over, arched-back in the magnificence of the ultimate daydream pop record. THIS DOES NOT SOUND LIKE GRAM PARSONS. It is, however, as beautiful as the sweet smell of a napalm Sunday in a hooker's cigarette-stained mind.
Album: Listen to the LP @ evandando.com Various : House Of Stairs Vol I: Useless In Bed (Review)
The best opportunity to hear a dozen bands you won’t have been titillated by before, plus a few that should already be acknowledged widely on the underground already. Features Lapsus Lingaue, American Heritage, Foe, Max Tundra and plenty more..
Website: houseofstairs.co.uk Mew : Frengers (Review)
Dizzy Danish lo-fi with pop hooks that touch those feelings, blood rushes and moments of utter confusion when all you wanna do is sit around, suck on lollies and be a kid again. There are Pumpkin shadows that obscure moments of this record and split seconds when you forget this isn't the newie from Sparklehorse.
Audio: Album Sampler Aereogramme : Sleep and Release (Review)
...melted metal. Closer to Smog than Sabbath. Sweeping and crashing chundered up waves of electronics, strings and other samples. This is beauty from the pit of a trucker's guts. It really does sound like they've been out drinking whisky with Mogwai and Arab Strap again. And yes, they do still have beards.
Audio: 'Wood' Meanwhile, Back in Communist Russia.. : My Elixir; My Poison (Review)
Like the morning after an abortion, or the minutes before a one night stand. The whole thing was recorded in a damp basement, demons shouting from the corners whilst a cigarette-smoking vixen pours monologues over an orchestra high on dirty crack.
Audio: 'Chinese Lantern' Bonnie Prince Billy : Master & Everyone (Review)
Alluring and fascinating. Hypnotic and fragile. Will Oldham, AKA Bonnie 'Prince' Billy (among other names) has long been established as an 'icon alt country' - if you wanna tar the man with a brush - presents another ruminative triumph from the precious jewel of Americana
Audio: 'Joy and Jubilee'

Hot Hot Heat : Make Up The Breakdown (Review)
For sure, the intro to chart-shaker 'Bandages' sounds like the Inspirals (what's going on there then, eh?). 'Get In Or Get Out' is a less po-faced Jimmy Eat World with a rather stomping chorus and twinkly keyboards, while others drift over with the fun and pop sensibility of They Might Be Giants.
Audio: Track Sampler The Hidden Cameras : The Smell of Our Own (Review)
Strip the The Polyphonic Spree of all their novelty cloak nonsense and have them re-score the soundtrack to 'The Lion King' and that's where we're at. A sexually-enamoured pop classic to properly liberate us of all remaining taboos and phobias.
Audio: Rough Trade Audio Player

Junior Senior : D-d-don't Don't Stop The Beat (Review)
This year's equivalent to The Avalanches and Fischerspooner but without the hipster arch artiness of either of those. It’s light-headed and silly, most of it sounds like Wham!’s ’Club Tropicana’ in a Magimix and long exposure to it will make you feel as if you’ve been snorting sherbet. Let the good times roll.
Video: 'Move Your Feet'

Richard Hawley : Lowedges (Review)
This album is up there with the Scott Walkers, Dylans and any other late night songsmith of the last fifty years. Solely, it is about the songs; eleven pure and sophisticated tales of love and lamentation. Sung in a soothing, intimate croon, passion and grace are weighed up in equal manner.
Audio: 'The Nights Are Cold' (XFM radio session download)

Now, go get £3 OFF any/all of these and lots more at TowerRecords.co.uk: CLICK HERE