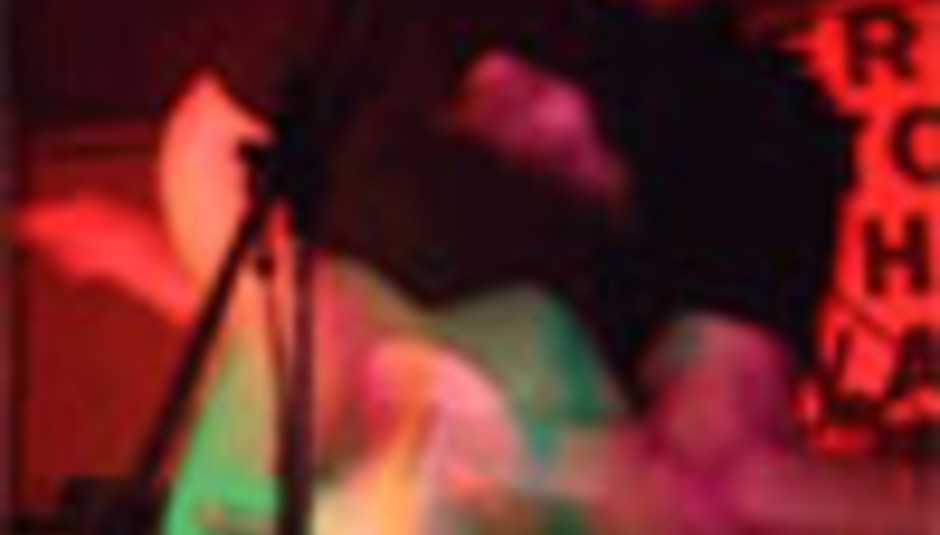 by Kate Price April 1st, 2003
The days are getting longer, the weather is getting all sunny and nice and it's time to stop spending your hours lazing in front of the fire and shed those winter pounds. What better way to do it than jigging away to your favourite bands? With festival season just around the corner, it's time to get training yourself up for a summer of RAWK.

CARDIFF
Lucy Tarry
Gig of The Month: WINNEBAGO DEAL (Barfly - 4th)
Proof that it just takes two to create a riotous wall of impassioned, stoner rock noize that will soon put Winnebago Deal on the map as one of the brightest new hopes offered by 2003. Miss it at your peril.
Also Recommended #1: Minus (Barfly - 16th)
One of Iceland's first hardcore bands, who have been hailed as a more experimental version of At The Drive-In.
Also Recommended #2: Outhud (Barfly - 21st)
With an album soon to be released on Kranky Records, expect funk-punk and beatmashing ass shakery... With cellos....
Other Gigs: Future Kings Of Spain - Barfly (2nd), X is greater than Y - Barfly (8th), Capdown - Ms1 (22nd), Jarcrew - Clwb Ifor Bach (24th).

PLYMOUTH
Ollie Appleby
Gig of The Month: THE PHOENIX DAY OF BANDS (The Phoenix – 6th)
Line up includes The Once Over Twice, The 24/7 City Blueprint, Bedroom Project, Dirty Sanchez, Seconds Out, Quarantine, Rectal Haemorrhage, Bint, Callum Mixes Paint, Mr Belding, The Climb, Dayglow, Spoon9, Loggerhead, Twin Fast, Few Against Many and more.
Almost every Plymouth band will be hitting The Phoenix for drinkin' and playin' during its final gig next Sunday before the brewery sell it off the next day, ending it's 3 month duration of near daily local gigs. "starting at 2pm and ending when we have drunk the bar dry! 'tis a sad day but we shall go out in style!"
Also Recommended #1: Minus (The Cooperage – 15th)
Icelandic hardcore, have they got somewhere to sleep in town yet?
Also Recommended #2: One Minute Silence + Fallen To + Quarantine (Students Union – 5th)
It's all about the nu-metal in the SU - finally a line up the place deserves...
Other Gigs: Fraternity - The Cooperage (15th), Aconite Thrill + Deliverance + Breakpoint - C103 (25th).

SHEFFIELD
Kate Price
Gig of The Month: PLACEBO + THE FAINT (Octagon - 3rd)
After the dissapointing Black Market Music, Brian & Co are back on form and back on the road. Will they still cut it? Or will the moves, attitude and live panache have vanished into the same black hole as Molko's hair? Either way, it's a risk I feel is definately worth the pennies!
Also Recommended #1: Aqualung (Leadmill - 2nd)
Can the haunting sounds of this childhood prodigy's performance match that of Martin Grech a few months ago?
Also Recommended #2: Jarcrew (Corperation - 23rd)
Music to suit your mood, whatever that may be.
Other Gigs: Burning Brides/Winnebago Deal - Fuzz Club (3rd), The Bandits - Leadmill (3rd), The Sound - Casbah (9th), FULC/We Start Fires - Casbah (14th), Bluetones - Leadmill (19th), Jesse James - Corperation (25th), Cinerama - Leadmill (26th).