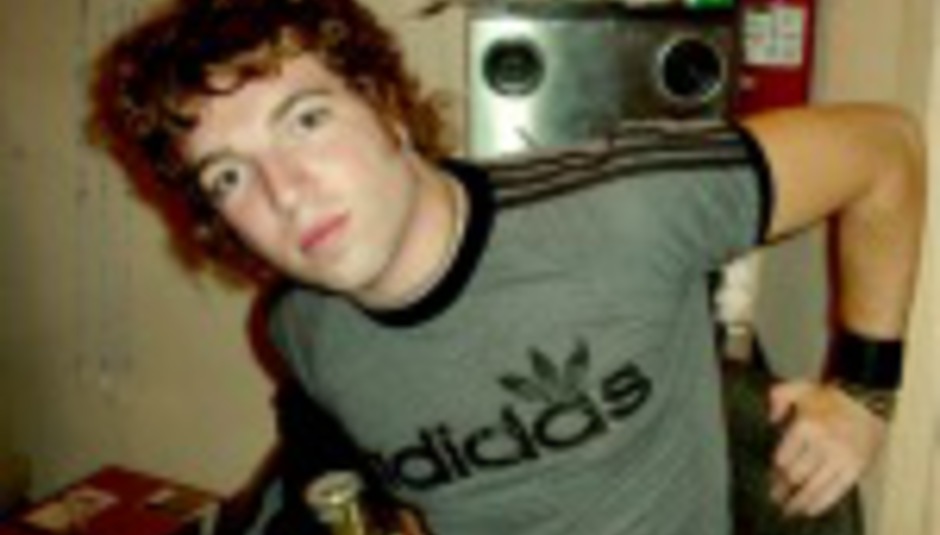 by [redacted] March 23rd, 2003
I’m still knackered from the night before when the DiS team lost in a RAWK QUIZ and witnessed Tommy Vance being a bit of a sad, old man. There was a free bar which was made full use of. Ergo, I am not in the mood to be pushed around and made to bop about like a 12-year-old at an Atomic Kitten ‘pop’ ‘concert’, and would rather be shovelling body parts in an abattoir than going “woo woo!” and clap-clap-clap in the London TV studio.

But here I am, stood outside the studios on the south bank, and it’s fucking cold. Behind me are a group of NME diehards, spotted easily by their finely-groomed hairdos and clothes and “Up The Bracket” badges. Yes, they want to be in The Libertines – aka the Menswear of 2003. The boys were in a band. I couldn’t be arsed asking which, but I’m sure they’ll be trying to get a gig at the Hope & Anchor. In front are a bunch of girls either wearing Kills t-shirts or badges, and a bloke in a Murderdolls hoodie. Later on, a big fat bloke in a “I F**ked your girlfriend” t-shirt will turn up and seemingly have no idea why he’s here.

It would appear that Canada’s Hot Hot Heat attract a diverse audience.

This is the band’s debut UK performance. The programme in question is ‘CD:UK’, the pop-fest which appears to have replaced ‘Top of the Pops’ as the premier chart-friendly music prog on terrestrial telly.

Almost an hour later and we’re in (well, half of us in the queue at least. The turnout was obviously larger than the production team expected). The crew try and shovel as many people as possible to the front and round the sides, but most of us ain’t here cos we wanna be on telly, we’re here cos we wanna watch a band before they Do An Electric Six and end up in the Top 10.

The studio is tiny - it’s separate from the rest of the programme, possibly cos we’re a bunch of ugly indie kids, or possibly cos the band are the only ones on the show playing live. The four band members womble onstage and don’t really know how to act – they’re not used to this telly lark. Second later, ‘Bandages’ kicks in. And whoa there! The frontman, Steve Bays, is a total star. Standing up to play the distinctive keyboard riff, he grabs the mic and starts darting around the stage, belting out the tune, and I’m grinning like I rarely do at gigs. In short, I have found a New Favourite Band.

Thankfully, the crew leave us to our own devices but a couple of them jump into the crowd for the second take, and suddenly a pogo-pit has started. The band are at it again, more wired this time, and this is the take which makes it on to the TV the next morning. Job well done. Bravo.

But this isn’t the end of it. There’s a quick ‘costume change’, and Bays jokingly tells us we should’ve all brought a change of clothes, and that we have to pretend it’s now three months into the future. Without any introduction, they start to blast out ‘No, Not Now’, and the pogoing has started again. I stand at the back and nod along, approvingly. Don’t get me wrong – the rest of ‘Make Up The Breakdown’ is as strong as, if not stronger than ‘Bandages’, but I’m not sure yet if ‘No, Not Now’ is the best choice for a follow-up single.

It’s time to say goodbye, so Bays bids us farewell: “We’re playing the Barfly, so I guess we’ll soon see you guys for real.” No you won’t. The Barfly will be full of mediawhores and the REAL fans will have to wait till the next time the band return to these shores.

All-in-all then, a nice but brief introduction into Hot Hot Heat’s world.