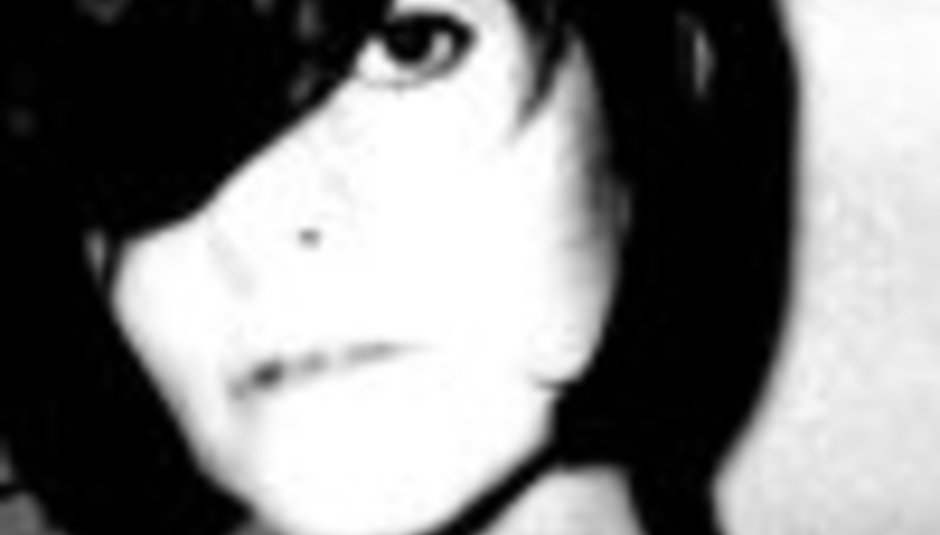 "Here's some songs from the next album" Nikki Kaito writes, scrawled inexplicably on the back of an ad torn from a fashion magazine, accompanying some demos. She adds, charmingly self effacing, "they're not mixed/mastered yet coz they were recorded in a real rush."

Recorded in a real rush. Never were more true words spoken. Songs so urgent they almost literally erupt from my walkman, frenetic, almost frenzied, a giddy rush of emotion and sentiment, surfing a tightrope, threatening to skid out of control at any moment. Everything is short, razor-sharp and to the point, perfectly balancing screaming out of control euphoria with rigorously disciplined intellectual art. Vocals and guitars are treated with equal amounts of disrespect; they froth and spume over melodic basslines and insistent pummelling drums. Lyrics are unimportant; the staccato stream of consciousness bursts of vocalisation are treated just like another instrument to be abused, strangled like guitar chords, bursts of sound and rhythm, layered into startling harmonies.

"The sound of the word is far more important than the connotation," guitarist Nikki explains. "I find a word bent or stretched, stylised pronounced is far more sexier, catchy, distinguishable than a word spoken the conventional way. I break words up and make them rhythmical. My grandma came from Salonika so her influence affects my pronunciation sometimes, and the made-up words come from trying to copy her weird songs she sung whilst doing her exercisers."

"We worry more about the sound of songs rather than trying to communicate a message or meaning through lyrics," bassist Gemma agrees. "Dee and Nikki can make interesting sounds with their voices. Sometimes Dave’s guitar, if timed well enough, can make Nikki’s voice sound like it has an effect on it"

Although kaitO are a guitar band, they steer clear of the pitfalls of indie guitar-rock. They never wibble, like sub-Smiths twee bands or angsty bland-rock. They never buzzsaw, like moronic Neanderthal garage punk bands. And even though they may abuse their signals with processors and effects, they're not exactly shoegazers.

"When I started playing guitar I was so fed up with the Guitar solo," complains guitarist Dave. "I felt like it had been all sooo done. I was not interested in learning the conventional way to play the guitar, I wanted to play it my own way. Sound is what I am into, there are no limits to sound, just working out a way of playing it. We sometimes play acoustic shows and still manage to keep the kaitO sound without all the FX."

"I see the guitar more of a rhythmic machine, so hitting it, scratching the strings using toys on the pick-ups sounds unconventional but to me it’s our language," Nikki muses.

"Oh. Shouty girls," a friend dismisses when I play him the album. Then again, a raised female voice is anathema to most males. But kaitO's voices aren't raised in anger, they are raised in exuberance, or surprise, or emotion, sometimes shrill but never shrieking. The expressive range of a female shout is startling, perhaps because it is traditionally so seldom heard. Yet kaitO dismiss clichéd stereotypes about so-called feminism, preferring to lead by example. Even asking them about the effect of gender on their music makes them defensive.

"The only time I ever really think about the fact I’m a girl in a band, and how people may perceive it, is when we play gigs such as Ladyfest or get asked questions like this," admits Gemma.

"Questions like these make it hard to be a girl in a band," Nikki agrees. "I still have a lot to learn before shooting my mouth off with feminist opinions. I haven’t had any reason to prove myself as yet. I faced the same stigma at Art School. So what did I do? I done the extreme and submitted a life-size photograph of me in the nude, confined body sections in four separate wooden boxes. I got a First, Award for best student of the year, it was published in a book and the Arts Council asked me to set up a sole exhibition... and all the time I was taking the piss. Oops!"

I agree that it's a loaded question, but not an absurd one. Everything that makes a person what they are affects the music that they create - nationality, class, etc. - why should gender be any different? Male musicians never discuss how their gender affects their music - though I think it might be enlightening if they did. Gemma and Nikki are suspicious of the question, yet discuss it with compelling observations, while Dave succinctly replies "What has gender to do with anything? If any one wants to do any thing, they should just do it!"

"I repeatedly use the term ‘boy-rock’ - oh not more boy rock please!" elaborates Nikki. "And I stick my tongue out to some ‘Girl Rock’ too, but it’s usually cause I find them both as predictable as each other. It seriously doesn’t affect us musically, maybe it’s cause there’s two boys in the band. Our approach to music has always come out of us four together and that’s it."

kaitO seem to be odd among British bands in that they enjoy more success in The States than at home. "We have to thank Devil in the Woods (our American label) for that; they worked their arse off," enthuses Dave. "We were lucky in the States as we went over there as an underground band so we see a side of the states that bigger bands don't see. We started playing all the small places like a US band would, so we were right at the grass roots level, which is where a lot of the true music fans are. We sleep on people's floors and get a real taste of it all. We've spoken to bigger UK bands who are touring the states and all they see are motel rooms and hate it all, where we are making new friends all the time. I feel so part of it all out there since we started at the bottom."

"You get a bunch of kids that’ll hang out, write songs, throw parties, a more ‘real’ scene develops. Almost each state had its strong genre. The trashy scene of Olympia was a definite fave, such a cool audience to play to. I made a light bulb explode with my voice changer on my guitar pick-ups there! I think the US scene is far more liberated compared to the UK because of the extent of college radio, the amount of venues and festivals like SXSW which support up and coming bands. And whether it’s to do with the laziness or whatever of The British press, the UK industry tends to adopt trends too easy," Nikki observes wisely.

Gemma keeps sight of what is important. "A lot of industry people don’t seem to care about the actual music - they just see pound signs and follow whatever is in fashion at the time, regardless of whether they actually care about what they sound like. I think we’re a band that other bands like. That’s important to me cause they are fellow musicians."

"That last tour was so rock 'n' roll, we had 2 and a half months on tour, played 48 shows and so many things happened," Dave informs me, before launching into totally unprintable descriptions of tour antics.

"We are thriving on chaos," Nikki confesses. "We got back from the States to start work on the second record. It does sounds flippin' cool though, it definitely oozes more attitude... it’s raw and honest which makes it so good!"

"It's going to be loud, a bit darker than the first but still a pop album!" agrees Dave. "My part in the band is to trick noise core people into enjoying "pop" music and pop people into liking noise!"

"There’ll be times when we get a bit clever, and filter noise out to get those ‘dynamics’, which on occasion develop in the studio," explains Nikki. "It’s got to that stage now were we don’t all fight at once to get our bit heard. Instead I think we try to impress each other, which is a slant on the competitive nature, but more creative - not saying we’ve dimmed our volume - Kerrang quoted us as being too loud on the Datsuns tour - tee-hee!"