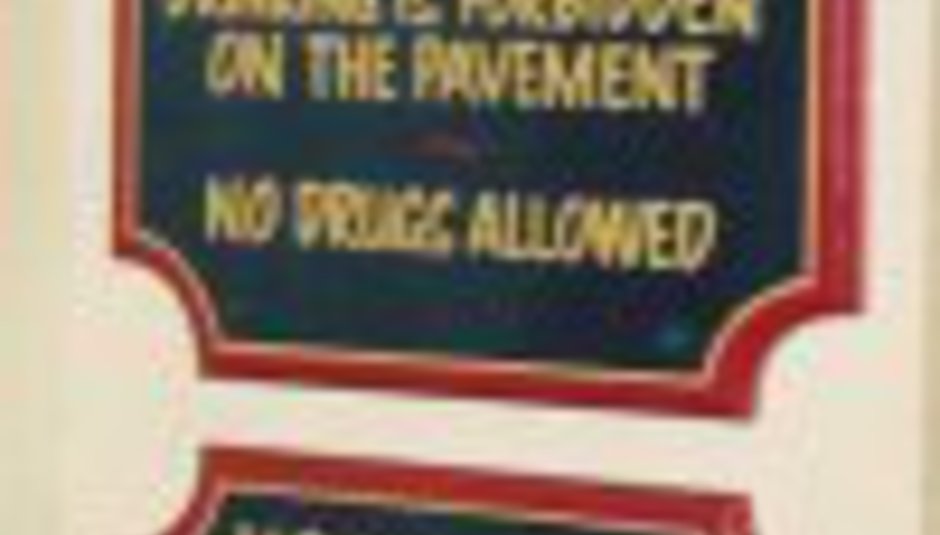 by Kate Price February 26th, 2003
Well 'gig season' is well under way and all your favourite bands are getting down and dirty, rockin' out at venues across the country. Of course, there's only SO many gigs the average music fan can afford in one month, so here's this month's help, courtesy of DiS.

ISLE OF WRIGHT
Steve Gray
Gig of The Month: TRIBUTE TO NOTHING + NEGLECTED YOUTH (Royal Squadron – 7th)
The Tribute To Nothing boys continue the quest to take their Fugazi influenced hardcore to any venue that will have them. Supported by local band Neglected Youth.
Also Recommended: Kody (Royal Squadron – 14th)
Superbly crafted rock from local band.


LIVERPOOL
Tom Carlin
Gig of The Month: THE D4 (Barfly - 9th)
The trashy New Zealand punk lot are supported by The Ceasers and the rather brilliant OK GO, who's mighty single 'Get Over It' will be taking up residency in your head over the next few months.
Also Recommended #1: Athlete (Academy - 8th)
Their new single may sound like Avril Lavigne, but it still manages to extend their unbeaten run of sunny indie-pop classics to four.
Also Recommended #2: Mull Historical Society (Liverpool Academy - 30th)
Colin Macintyre tour to promote second album 'Us'
Other Gigs: Longwave - Barfly (2nd), Clearlake - Barfly (3rd), Aqualung - Academy (9th), Pitchshifter - Academy (17th), Sugababes - Royal Court (27th).

NOTTINGHAM
Dom Gourlay
Gig of The Month: ATHLETE + LONGVIEW + FONDA 500 (The Rescue Rooms - 12th March)
London's finest exponents of melancholic summer breeze tinged pop bring their "Style" to Robin Hood country.
Also Recommended #1: Face (Junktion 7 - 1st March)
Junktion 7's first birthday party, featuring a live set from Nottingham's own McCabe-ian voyeurs Face, as well as other special guests and live DJ set from local legend Coop. Oh, and it's free to get in.
Also Recommended #2: The Kills (The Rescue Rooms - 16th March)
The White Stripes - so much to answer for? Or should that be thankful for? The Kills may go under the names of "Hotel" and "VV" but don't let that put you off. Imagine PJ Harvey jamming with John Lee Hooker and taping the results on a handheld dictaphone. Yeah, that good.
Other Gigs: Part Chimp - The Rescue Rooms (1st), Jet - The Social (5th), The Black Madonnas - The Rescue Rooms (9th), ...And None Of Them Knew They Were Robots - Junktion 7 (14th), Phonenix Down - Junktion 7 (15th), Mercury Tilt Switch - Junktion 7 (19th), Finch - Rock City (25th), The Iditarods - The Rescue Rooms (30th).

PLYMOUTH
Ollie Appleby
Gig of The Month: RECTAL HAEMORRHAGE + THE HEADPLUG + EXIT WOUND (The Phoenix - 3rd)
Dance away your hopes and fears to some brutal NecroCore grind-rock at the up-and-coming live music venue The Phoenix. It's not all Wurzels and Reef down here you know, sometimes the Florida/Scandanavian death metal scene overflows into town in the form of Rectal Haemorrhage. £1 entry.
Also Recommended #1: Serenity + Dayglow + The Blue Room (The Phoenix - 6th)
Something a little lighter later in the week, but rock none the less.
Also Recommended #2: thisGIRL (Plymouth Uni - 14th)
Back in The City after headlining the new Fierce Panda EP out on March 3rd.
Other Gigs: neck79 + Koala Attack + Shooter + Tube - Plymouth Uni (7th) Farse + No Comply + Schism - Union St. Kassa (13th) Battle of the Bands - The Phoenix (22nd - from 2pm), Five Knuckle + The Once Over Twice + winner of the battle of the bands - The Phoenix (29th).

READING
Jim Bowes
Gig of The Month: ATHLETE + LONGVIEW + REPAIRMAN (The Fez - 6th)
It's been pretty cold and nasty and there's nothing quite like the mellow tuneful anctics of Athlete to get thoughts of summer high on the agenda!
Also Recommended #1: Hazel O'Connor (South Hill Park, Bracknell - 26th)
OK, so I know this is a weird one but variety is the spice of life. Hazel O'Conner was big in the 80's and I reckon the 80's are where it's at this summer(!).
Also Recommended #2: Pitchshifter + Elviss (The Agincourt, Camberley - 14th)
This should be a fine gig from the Pitchshifter farewell tour. The Agincourt is a wicked 500 capacity venue totally under-used for live music and on a Friday too!
Other Gigs: Aubrey Lemmon - Reading Bar Oz (2nd), Karn8 - Reading The Fez (12th), Joski - Reading Pavlovs Dog (13th).

SHEFFIELD
Kate Price
Gig of The Month: PITCHSHIFTER + THIS GIRL (Fusion & Foundry - 23rd)
Okay, now all of you who live anywhere near Sheffield need to get to this gig. Officially the last time you'll get to see the band play with OR without regular guitarist Jim Davies, the Indefinite Hiatus Tour marks the end of the band (news). You really cannot afford to miss this final dosage of their trashy, industrial, noisy punk. PLUS support comes from ThisGIRL, who are just good.
Also Recommended #1: Reef (Sheffield Leadmill - 12th)
Perhaps a bit of a step down from their last Sheffield date at the Octagon a few years back, but I think we can still rely on Gary & co to rock like weebles.
Also Recommended #2: Tom Mcrae (Sheffield Leadmill - 26th)
Go prepared for your heart-strings to be well and truly exercised.
Other Gigs: Athlete - Leadmill (1st), Antiflag - Corperation (4th), Imogen - Corperation (6th), Richard Hawley - Leadmill (15th), Finch - Leadmill (16th), Biffy Clyro - Fusion & Foundry (20th), Lightyear - Corperation (21st), Ladytron - Leadmill (24th), One Minute Silence - Leadmill (30th).