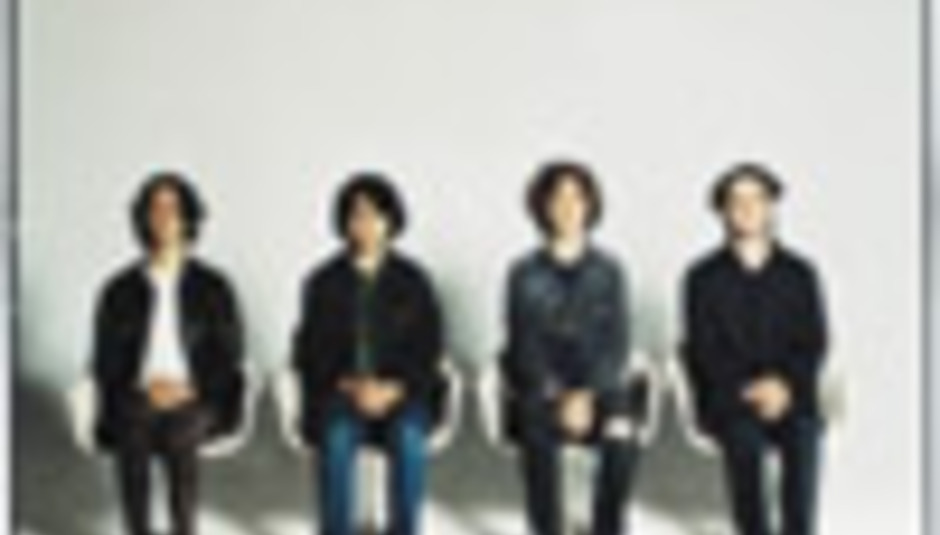 Fridmann, Feedback and That NYC Frenzy

Fridmann, Feedback and That NYC Frenzy

by Andy Frankowski February 15th, 2003
From fuzz to feedback, the swirling and the swelling of guitars, Longwave create an atmosphere the garages of New York have never heard. Being from New York, they already have the Hype Police following in hot pursuit. What’s all the fuss? So they're chums with The Strokes. In music, as in life, friends come and go and in the end all you’re left with is yourself. We spoke to singer/guitarist Steve Schiltz to see what Longwave have in store once all this media smoke clears.

How would you complete this phrase- "The music we play is...?"
Dripping with guitar and singing like a spinning plate.

What can you tell us about the new album?
It is more of a group effort than our last record, ‘Endsongs’. We are all very proud of it and happy with it and we feel lucky to have made the record we wanted to make.

What was your songwriting process like?
The songs on the new record were written over 2 years or so, in a few different ways. Sometimes I write the material start to finish and the others contribute some ideas. Other times I react more to what the others are playing in rehearsal and we will write together. Finally, there are some songs that one of the others might bring in.

Take one of your new songs and tell us about what it all means to you.
The song 'Everywhere You Turn' contains the line "I don't know why but I get so crazy, and all the thoughts get twisted in knots". I would say that on a lot of days that sums up my day.

How did working with Dave Fridmann happen? What was the experience like? We met through a mutual friend a year before we ever recorded anything together. Dave proved to be a very skilled engineer, a very insightful and creative producer, and an inspiring 'Grand Theft Auto 3' player.

How would you say 'Strangest Things' differs from 'Endsongs'? It is a more realized effort. It is more cohesive, and the sounds are better. My singing has improved, and we have a new drummer in Mike and he brought a lot of energy to the group when he joined.

Do you have a favourite song on the new record?
Changes all the time... right now I like "Can't Feel A Thing."

‘Strangest Things’ is being released by a major label, do you feel you have a greater deal of pressure now?
The only real pressure we have is self-imposed. We WANT to sell a lot of records. We WANT the band to be successful. I think about it a lot and we just try to do the best we can, every step of the way. As for the label, they are more supportive than we expected, which has been great so far.

Everytime someone mentions Longwave they also throw in something about how you know The Strokes. How do you feel about always being refered to as "friends of The Strokes?"
It is perfectly fine. It is great to be associated with The Strokes for now. We don't have a record out yet and until people start hearing the music we make for itself, they will need something to talk about and we are proud of our friendship with those guys.

What do you think of the whole "NYC scene" hype? Do you see it globally as a good or a bad thing
This is a question better asked by ME of YOU. We didn't make this hype up, you did. We are just trying to be a band like a lot of people. The thing about the NY rock scene is just because of The Strokes and because they are so good.

Are there any NYC bands not getting the attention they deserve?
Yes, yes! Nada Surf and Sea Ray are two great bands from here that have nothing to do with skinny ties, big hair, or tight jeans and converse.

Are you guys excited about all the upcoming touring?
Yes, but not as excited as I will be to come home from it!

What is your favorite song to play live?
'Everywhere You Turn' is good because it is fun for me to sing.

When you are playing out live, what is the band’s overall goal?
The band's overall live goal is just to play as well as possible and to communicate to the people we are in front of. AND we want everyone involved to have a good time.

What was the best show you ever played?
The most enjoyable one I remember is one we did in Dublin with The Strokes. It was on my birthday, and our record label there bought me a guitar. Julian took me onstage and had the crowd sing "happy birthday". Very memorable for me!

As a fan, what was the best show you ever saw?
Radiohead at Radio City Music Hall on the OK Computer tour.

What do think makes a great party?
Girls

What are some of the strangest things you guys have done or been through?
Making a record with Dave Fridmann for RCA and going to UK to play the reading festival in the middle. This after only a few months earlier when we had no drummer, and we were considering packing it in.

Where do you see Longwave this time next year?
I hope we are able to tour across the us and play the kind of large clubs/small theaters we associate with The Flaming Lips and Wilco. I hope the record sells enough to make RCA excited about the next one all over again.