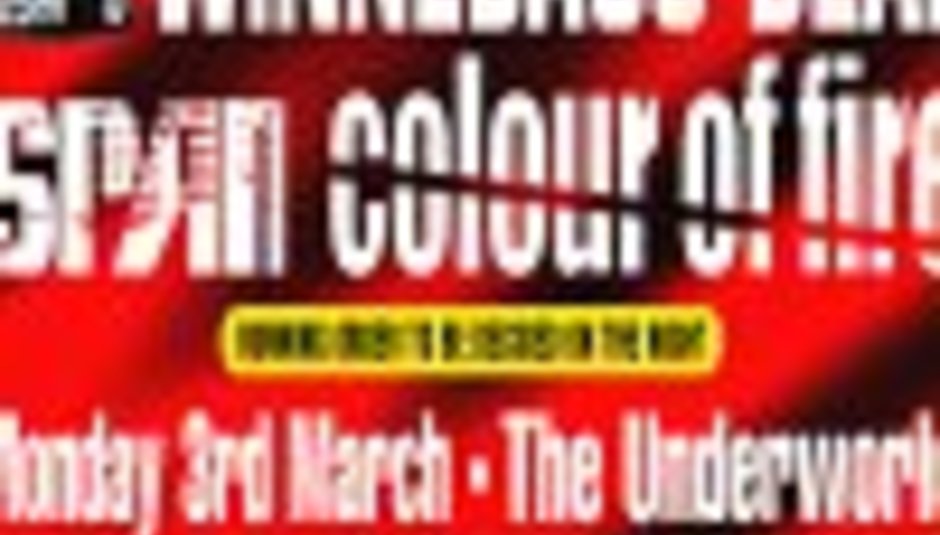 by Sean Adams February 7th, 2003
As if we're not putting on enough gigs (every other week at the Windmill, monthly Club Fandango hi-jack, monthly in Cardiff and various tours) we thought we'd start a new regular monthly night somewhere most of our DiS tours London shows end up.

Our new night, simply titled 'Drownedinsound.com' launches next month The Underworld, which is one of the best venues in London. Right opposite Camden tube and beneath the world-famous World's End Pub. We love the place. It holds just over 500 people, which is a step up for us from our current 150ish capacity showcase shows (which will continue!).

The new night launches on Monday March 3rd, will feature the best signed bands around headlining, with a supporting cast of our favourite bands we've showcased and love, regardless if anyone's heard of 'em before. Plus we plan to do a bunch of alldayers every so often too.

To open preceedings, we've got a brilliant bill (well, we think so anyway) of Colour of Fire, SPAN and Winnebago Deal. The running order for the evening will not be announced until you arrive (mostly to annoy a&r scummers who use us to do their job!), so get there early and check out all three bands.

This will be the return of Norwiegan stars Span who've been couped up all winter recording their debut album which they have just finished recording. They worked with Gil Norton, who has done, amongst others The Foo's 'The Colour and Shape' and he reckons "it's the loudest thing i've ever worked on". The album's got the working title 'Mass Distraction' due for release on Island in the next few months. It's got the tracks (in no particular order) 'Found', 'Don't Think The Way They Do', 'Papa', 'Peaceful' and 'Stay As You Are'. Plus new versions of the limited edition singles 'Baby's Come Back' and 'On My Way Down'. They're jetting over to USA for the first time in March, playing SXSW (music biz event) and play New York Mercury Lounge on 17 March. Read our SPAN interview

Colour of Fire are one of the bands we totally love at the moment here in the land of DiS, since seeing them at In the City (music biz event) last year. They're about to support Placebo at the Astoria, just supported iDLEWiLD and InMe for a few dates. Read our Q&A with S2.

Winnebago Deal play fresh from supporting Stone Sour and last year opening for Fugazi at the Forum. This lot are unsigned and special, we said: "Culled from the farm of a pop Slayer chewing on the introduction to Seattle as read by Green River and Tad. It’s knee trembling, hormonal inspired rawk antics should have been the end of the craziness…" Read our Winnebago Deal interview.