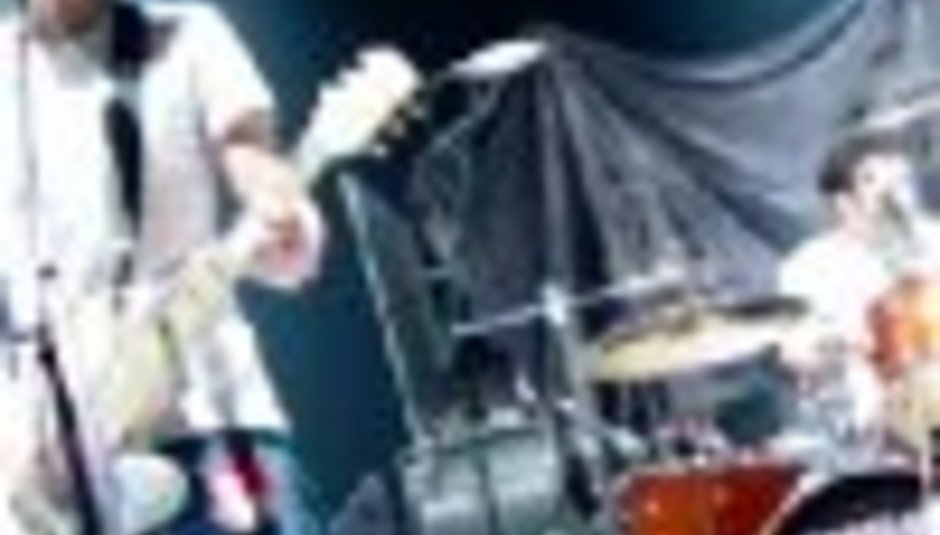 by Sean Adams February 3rd, 2003
Just as one DiS tour comes to an end another one we're supporting kicks in...

The Reuben tour in January that finished last week was a success. We know this because many of you have emailed in letting us know this. Thank you for going along and supporting new music (even tho it's been v.v.brrrrsome!) and discovering the new bands we plucked to open the shows. We hope you liked it. The majority of the shows were pretty rammed and Reuben got a lot of support from Zane Lowe, Colin Murray and Lamacq during this tour, as well as Rock Sound, Miuzik, Kerrang, The Independant and a few other places we've forgot to mention.

All of you who missed Reuben can catch them, supporting Kinesis (last seen supporting The Manics) and with the new Miss Black America opening! What a bill. Three of most exciting rock bands around right now, that we don't shut up about.

The following tour dates (the ...and they obey tour!) are bought to you by Drowned in Sound in association with Metropolis Music, starting this weekend... We'll be out there for a few of these dates taking pictures of you pretty people, which we'll be putting into a on the road feature and hopefully we can hassle the bands into keeping tour diaries for us.

..and then for our next tour Biffy Clyro will be out and about from the end of Feb, right through March! Full details coming soon, dates here.

We'll see ya on the road!

Note: There will be more DiS tours soon, with less rock/rawk and more varied types of bands, representative of everyone involved in DiS. Bands wishing to get involved, please bare in mind that with the greatest will in the world we can not put on everyone, promoters need to be assured that a show will pull punters and we don't wanna put anyone out on the road where there's such high costs involved.