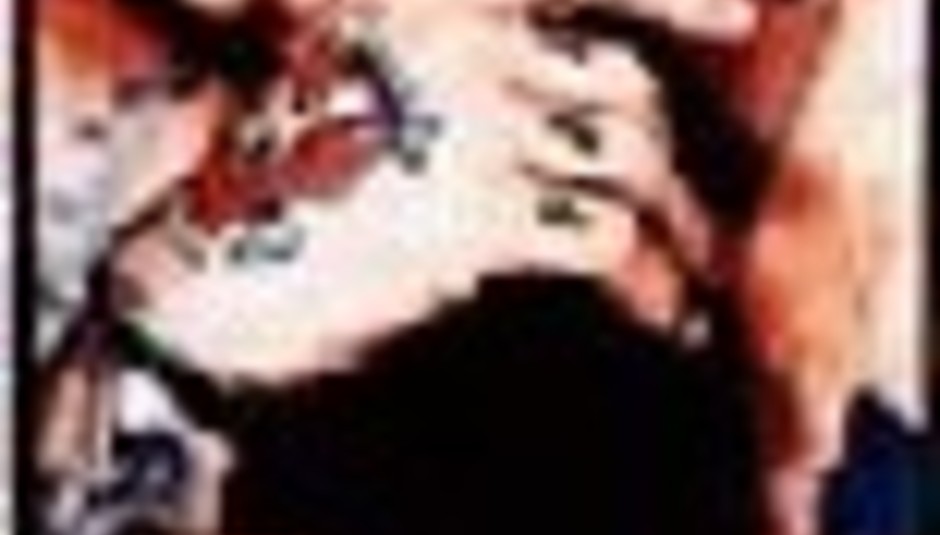 by Mat Hocking February 10th, 2003
· Mainliner (Wreckage of the Past)
· Mommy’s Little Monster
· Prison Bound
· Live at The Roxy

Social Distortion didn’t just change the face of Orange County and Southern Californian punk rock. They created it. In light of Kung Fu Records Europe re-issuing their 3 early albums and ‘98's live album (all reviewed in this article), finally making them available in Europe, DiS takes a look at a band whose role in punk can never be underestimated.

When Social D formed in 1978 less than a handful of OC bands had the guts to play punk rock and while surf jocks TSOL were creating goth-punk similar to what the Misfits were doing on the East Coast and Suicidal Tendencies were persuing the tough guy hardcore mentality, Social D were focusing on a more grassroots, rock ’n’ roll influenced style.

Born from a rejection of the right-wing, middle-class, American dreaming Orange County, Social Distortion arose, led by the area’s notorious Mike Ness decked in leather jacket, fedora hat and mascara in place of a fake smile and unrealistic ambition. Idolising the outlaw spirit of Marlon Brando and the rock n roll attitude of Mick Jagger, Ness, along with the infamous Agnew brothers (later of the Adolescents) used Social Distortion as a vehicle of expression, reflecting their dysfunctional upbringing through a ragged blend of blues and rockabilly punk.

Being among the first people to bring punk rock to OC this was intimidating stuff and many shows could only happen at Mike Ness’ house, nicknamed the Black Hole. That is, before the cops shut it down in 1980. However, a voice of dissent was being raised and soon enough a scene began to develop, spearheaded by SD.

‘Mainliner’, consisting of their first 2-track 7” ‘Mainliner’ (originally on the infamous Posh Boy Records), their second ‘1945’ 7” and various comp tracks encapsulates this fervent attitude. Although cheaply recorded and, at times, slightly out-of-tune these tracks are also a snarling, hostile attack at the world as they saw it. As Mike Ness points out in the sleeve, “this stuff reflects the time we made it – young, raw and completely unafraid of taking chances.” Tracks like ‘Moral Threat’ and the classic ‘1945’ showed an adrenalised band still getting to grips with a style of music that truly reflected the lyrics being spouted. Also includes a re-recorded, re-energised 13th Floor Records version of ‘1945’.

Whereas ‘Mainliner’ displayed a band still wet behind the ears with the excitement of punk rock, ‘Mommy’s Little Monster’ – released in 1983 – saw their inimitable formula come to fruition, containing punk anthem after another. With the addition of a rhythm guitarist they began to experiment with song structures and restrained guitar solos. Rough around the edges and full of societal discernment, timeless classics ‘Mommy’s Little Monster’ and ‘Anti-Fashion’ were a statement from the kids and, in turn, they helped define what punk was all about. Their new-found popularity saw the screening of ‘Another State of Mind’ on MTV in ’84 (one of the first punk videos ever to be screened on the channel) but this success was also the start of a downward spiral for Mike Ness, who, like many in the scene at the time, found the escapism that drugs provided all too enticing.

The alcoholism and heroin binges that entered his life (documented in the ‘Another State of Mind’ film that followed their 6-date tour with Youth Brigade) resulted in numerous detoxes and periods in jail that 1988’s aptly titled ‘Prison Bound’ discusses throughout. Songs such as ‘No Pain No Gain’ & ‘Like An Outlaw’ typifies the kind of roots-rock direction Ness and co-songwriter Dennis Danell were heading towards and their cover of The Rolling Stone’s ‘Backstreet Girl’ fitted seamlessly amongst their own. However, the spark of energy that lit up ‘Mommy’s Little Monster’ seemed to have dimmed a bit here, although the song ‘Prison Bound’ is most definitely an SD classic.

After this album Ness seemed to be back on the straight and narrow and SD made ‘Social Distortion’ (1990), ‘Somewhere Between Heaven And Hell’ (1992) and the awesome comeback album ‘White Light, White Heat, White Trash’ (1996) which Kung Fu aren’t re-issuing. In 1998 they recorded 'Live At The Roxy', with songs that span the whole of their career. It proved how much sense their songs made in the live setting, all those classic SD choruses being given a new lease of life. And having never witnessed the SD live experience myself this disc shows exactly why they were and still are looked up to by so many people in the scene.

A cool inclusion here also is an explanation in the sleeve of what each song’s about and the period in which it was written, giving you an insight into their life by Ness himself. And Ness’s words, spoken on record before ‘Prison Bound’ about the time punk rock was dangerous, when “society was not quite ready for this type of music”, when “you couldn’t walk into a mall and get your little pussy pierced & your little Doc Marten boots and your crazy colour for your hair” is, frankly, essential education for today’s MTV punks and ‘sk8er bois’.

Far too many bands from Social Distortion’s era are assumed responsibility for the bands that followed with the next generation but with SD they really were originators. The only plagiarising they did was add a rhythm guitarist because the Rolling Stones sounded so good with one. And if you need any convincing just listen to the rabble rousing ‘1945’ and then Pennywise’s ‘Bro Hymn’. Or ‘The Creeps’ and any Bad Religion song. Or the album ‘Mommy’s Little Monster’ and any Down By Law or Swingin’ Utters song. Hey, even the Offspring formed because they couldn’t get into a Social D show!

They created a blueprint that bridged Rock n Roll with the attitude of punk rock and these valuable early releases are a testament to that.