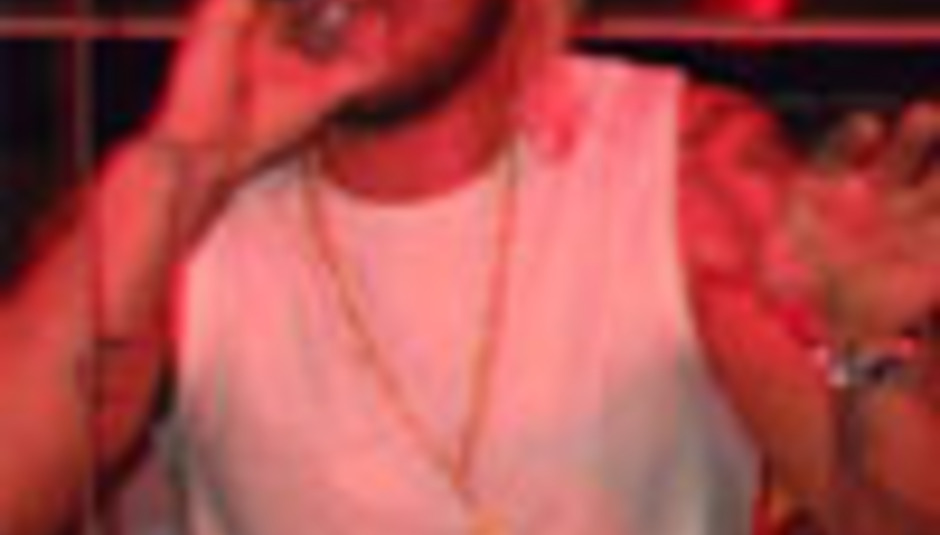 From token sultry ‘bad boy’ in one of the squeaky-cleanest, most successful boy bands in the history of pop to roughly shaven macho groove-rap nobody, Shane Lynch’s new project, Redhill are currently touring some of the country’s smallest, scruffiest, least arena-like rock venues. DiS caught up with him on the Derby date of the tour to find out what EXACTLY this is all about!

Thursday 16th January, the Vic Inn is heaving with people. People here, not out of respect and devotion to one of their favourite bands, but out of curiosity – “for a laugh”. For the past few months, the walls have been scattered with posters centring on a series of photographs of Shane’s face, underneath “Redhill”, and in almost equally sized lettering “featuring Ex-Boyzone member Shane Lynch”. Local support act, DeadByDawn finished their set by dryly announcing “next we have Redhill for your audio delight… that’ll be nice”. And now, sitting at a small table in the bar area for the interview, passers by point, mutter indiscreetly to their company and snigger before rushing off to continue their mockery with an even larger group of friends.

“Most gigs we come into, it’s a hostile environment.” he shrugs his shoulders dismissively, “Certainly the people here tonight are like ‘What the FUCK is he doing here?’… which is fair enough. I respect that - I can take that. I’m just gonna get onstage and do what I do – you either like it or you hate it.” His tone is very matter-of-fact – any fairytale dream of losing the boy band image and starting an entirely new career has long been shattered. His coarse Irish drawl speaks open and realistically, “I think most people do come because they think ‘what’s the geezer from Boyzone all about? What the fuck’s he gonna be able to do?’ and that’s fair enough, I understand people who’re coming for that reason. The main thing is, we’ve not had any negative vibes AFTER the show. So long as we can win the crowd – that’s great!”.

Though it seems only a few months, it has been almost three years since Boyzone’s last crack at the charts – single “Every Day I Love You” from the #1 ‘Best Of’ album, “By Request”. Whilst Ronan and Steven pursued solo careers, Keith made appearances over our TV screens (Celebrity Big Brother, presenting Children’s TV and recently “starring” in Coronation Street) and Mikey did the “family” thing, Shane has been experimenting. Starting with hip hop recordings and rapping, Shane met fellow vocalist Mark. After a few months of working together, they decided to bring in guitar and bass, eventually ditching the break beats for drums and forming Redhill. “I had a break for a year [after Boyzone] and I realised that I still wanted to be in music. Now I’ve got the opportunity to do something I want to do.” His enthusiasm and pride in what he’s doing at the moment is obvious, “With Boyzone I never contributed to the writing side of things. Now I’m in a band, we’re five very experienced players. We all know what we like and like what we know, so when we get in the studio to write tracks, they’ll start playing whatever’s in their head, I’ll start rapping, Mike starts singing and we have a track!… We’re just making music.”

Just making music maybe, but you’d be forgiven for thinking this as some rebellious effort to show some masculinity, or a patronising attempt at “being a struggling artist”; apparently not. “I’m quite serious about what I’m doing. I understand it’s a new band, I understand we’ve gotta come through these roots to get anywhere again. We could go and get a major record label deal and boycott all this kind of work but I think as a band we need to work together and play these kinds of places and that’s why I’m here tonight.” He continues, “I would love to be in the charts… if it happens. Who knows? That’s why we’re doing these gigs – to see if people WANT us in the charts!”

And the step down from Wembley Arena to Derby Victoria Inn? “I’ve found it more of a step up really. With the arenas it’s very false. You’ve got mega fans who’re coming to see you and respect to that. BUT they’re gonna be there anyway, regardless of whether they’re good songs or shit songs – that’s what boy bands are for. It’s more about teenage hormones. As Boyzone we understood what we were and who we were and we never tried to change that. But for me this is a step up in what I want to do with life. This tour is the best thing I’ve done in a long time…” On top of his long, unkempt bleached-blonde hair rests a leather-rimmed stylised sort-of-but-not-quite cowboy hat. A selection of gold and diamond hoops and studs shoot light from his ear lobes and his chin and cheeks are coated with a layer of sooty stubble. Onstage, in a skin-tight white muscle vest, that Irish accent raps over Kid Rock style grooves and funks. Persona dating back to stadium-sized stages shows through as he chatters smoothly about “being strong” and “the Black Angel” in-between songs. Listening to lyrics such as “Top ‘o’ the mornin’, What’s the crack?” being rapped over and over, I find myself wrestling with the tugging at the corners of my lips, trying not to giggle. Indeed, it is entirely laughable and yet, as the interview ends I have a new found respect for this man. His practicality, his level-headed thinking, his realistic, respectful attitude… Before the interview, nerves set in as I imagined some egocentric monster with his head in the clouds, expecting that everybody there would faint at the mere thought of eye contact. I couldn’t have been more wrong. He knew the score and he knows what he’s up against tonight – the same he has been every other night of the tour.

It takes guts to get onstage at all, let alone when you’re confronting a room full of people who have spent the last few hours ridiculing you, judging you, making snide comments – people who are determined not to like what you do no matter how hard you try. Fighting to please people who don’t want to be pleased, simply because of your own personal love for what you’re doing and the music you’re making?

In fact, please correct me if I’m wrong, but isn't that almost the kind of behaviour you lot would describe as being, well… PUNK ROCK?!?!