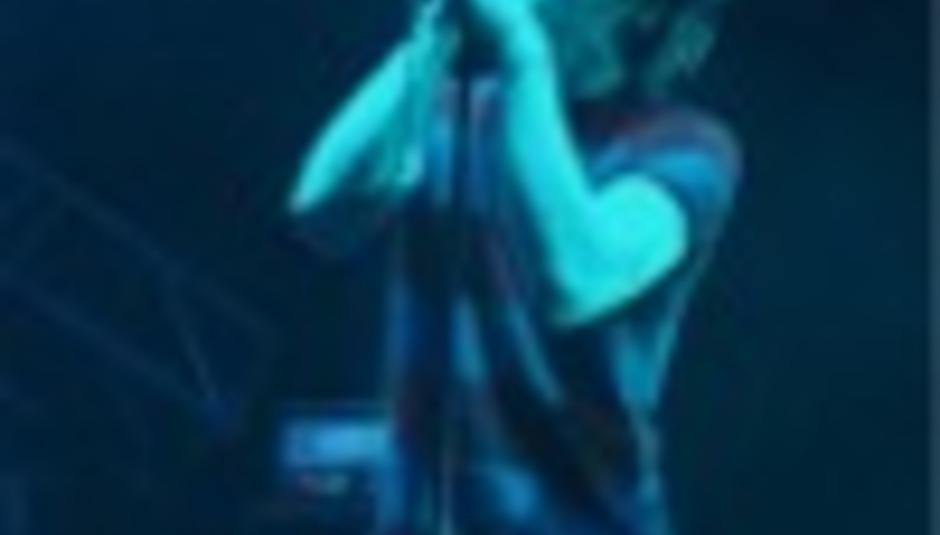 by Kate Price January 26th, 2003
Okay, so gig-wise, January was a bit of a slow burner, but now things are beginning to pick up again as our beloved rock stars get over their New Years hangovers and pick up their guitars once more. 2002 was a good'un for us here at DiS (our overview) - and indeed for music in general, but we get the feeling it's not gonna be a patch on the year ahead. Don't say we didn't warn you!

ESSEX & SUFFOLK
Colin Weston
Gig of The Month: FEEDER + SERAFIN (IPSWICH REGENT THEATRE - 15th)
Oh hell yes! It seems that constant chart crashers Feeder are coming back to form and they are bringing the superb Serafin in to back them up. I will be there, how about you?
Also Recommended #1: Bad Manners (Colchester Soundhouse - TBC)
The first gig at the venue formerly known as the Twist. More news on this as we get it!
Other Gigs: Martin Grech - Colchester Arts Centre (6th), Def Leppard - Ipswich Regent Theatre (26th)

LIVERPOOL
Tom Carlin
Gig of The Month: KINESIS + REUBEN + MISS BLACK AMERICA (Barfly - 9th)
Ah, yum. Three of DiS's favourite bands hit the road together for what promises to be one of the best package tours of the year. There's another big tour on at the moment isn't there.........?
Also Recommended #1: Beth Gibbons (Academy - 25th)
The Portishead lass tours her incredibly well recieved album with Rustin Man
Also Recommended #2: The Libertines (Academy - 25th)
Fresh from the Top 20 success of 'Time For Heroes', The Libs (As their close friends call them) play the Academy
Other Gigs: Ed Harcourt - Academy (11th), Eland Oye - Barfly (17th).

READING
Jim Bowes
Gig of The Month: JAMES TAYLOR QUARTET + KALDERA (The Fez - 6th)
OK, so this one isn't usual DiS style but James Taylor Quartet are purveyors of the finest Hammond laden funk to dance to. Not only this, they are also renowned as an amazing live act. With support from local muddy funksters Kaldera it'll be a change from the norm but in a good way! An interview with James Taylor will be on DiS before the gig.
Also Recommended #1: Ellahi Groove + Stupid (Bar Oz - 2nd)
Stupid always put on a good show and I've heard good things about Ellahi Groove.
Also Recommended #2: The Foamers + The Filaments + Lower Case j + CBL (Newbury The Catholic Club - 7th)
Crazy punk action headed up by The Foamers
Other Gigs: Kennedy Soundtrack - Newbury Corn Exchange (1st), The Warlocks - The Fez (5th), The Naked Apes - Bar Oz (9th), The New Rhodes - The Fez (12th.

SHEFFIELD/DERBY
Kate Price
Gig of The Month: HOME TOWN HOE DOWN (Derby Vic Inn - 8th and 9th)
The first Vic Inn full weekender of the year see's almost every band worth mentioning from Derby and the surronding areas playing on after the other. Definitely worth checking out whether you know much about the local scene or not. Line-up includes DiS's new "babies", Plans and Apologies as well as Cortosis, Staple, The Osterman Weekend, The Embryonic Adults, The Removals and metallers Dead By Dawn.
Also Recommended #1: Amen (Sheffield Leadmill - 7th)
If their performance at Leeds was anything to go by, this is gonna be absolutely blistering... literally!
Also Recommended #2: Kinesis + Reuben + Miss Black America (Derby Vic Inn - 26th)
Quite simply the line-up dreams are made of!
Other Gigs: The Copperpot Journals - Derby Vic Inn (25th), Teenage Fanclub - Sheffield Leadmill (8th), Hell Is For Heroes (Sheffield Leadmill - 14th), The Libertines - Sheffield Leadmill (22nd), Yeah Yeah Yeahs (25th).

WOLVERHAMPTON
Stephanie Mills
Gig of The Month: KINESIS + REUBEN + MISS BLACK AMERICA (Little Civic - 18th)
*Gasp* DiS writer in recommending DiS gig shocker! Whatever next? Well kids, if you don't go to this gig, you'll be kicking yourselves for missing three of the best bands of 2003. And if you're not kicking yourselves, I'll come and do the kicking for you, OK? Go to experience the energetic thrills of Kinesis. Go to sing along to the adreniline- filled melodies of Miss Black America. Go to witness the grungey euphonious songs of Reuben. Or just go so you can tell me how wrong I am.
Also Recommended #1: Sabotage Left (Little Civic - 5th)
Melodic, Queens-of-The-Stone-Age-a-like band - such a shame they are playing with Violent Delight
Also Recommended #2: Unsung Heroes (Little Civic - 19th)
Lostprophets-y type rawk with a lot more feeling and a ton of energy.
Other Gigs: Mohair - Little Civic (28th), The Darkness - Civic Hall (19th).